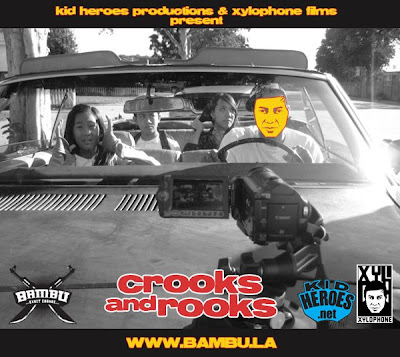 Filipino American hip hop artist Bambu collaborates with Kid Heroes Productions/Xylophone Films to give you “Crooks & Rooks” from Bambu’s new album “…exact change…”. There are two versions below a music video and a short film. You’ll see the music video spinning on MYXTV, MTV2 and MTVU at the top of the new year! The short film will be making the festival circuit at your local film festival. Look for it.

If you like his music, add Bambu as your Myspace friend here.