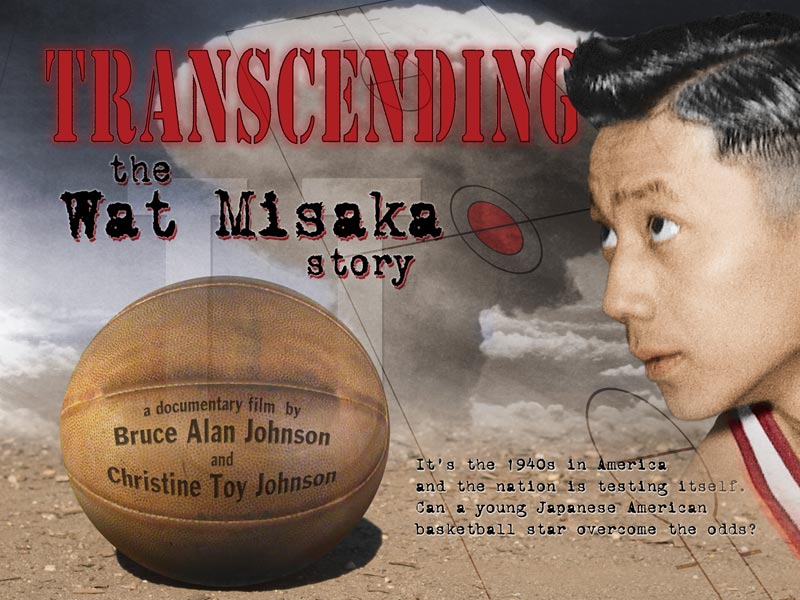 The New York Times recently did a piece on Wataru “Wat” Misaka, the first player of Asian descent as well as the first non-Caucasian player to play in the NBA. (Read the full story here.) Wat Misaka was the first draft choice of the Knicks, but lasted just three games. In the article, it talks about a documentary entitled “Transcending: the Wat Misaka Story”. Here’s the synopsis:

TRANSCENDING – THE WAT MISAKA STORY is a documentary film about Wat Misaka, the first person of color to be drafted into what is now the NBA. A Nissei who was born, raised and is still living in Utah, he was the very first draft pick of the New York Knicks, in 1947. Overcoming the national political climate during World War II, Wat was a star player for the University of Utah 1944 and 1947 championship teams, taking 2 years off in between to serve in the U.S. Army. His perseverance and loyalty to his teammates, other Nissei friends (including those interned at Topaz) and his family are a testament to the unflappable Japanese American spirit.

This film includes in depth interviews with Wat and his family, teammates from his championship teams (including All-American star Arnie Ferrin of the Minneapolis Lakers) sports authorities (including Knicks Historian Dennis D’Agostino and ubiquitous New York sportscaster Spencer Ross), and many who continue to look up to him as both a role model and personal hero. The film also has video clips from his 1944 and 1947 college games, rare footage from a visit to the Topaz Internment Camp, and countless photos of his triumphant career.

The film has been circulating the film festival circuit, so look for it near you.

update: We’ve been informed by the producers of the film of some great news about Wat Misaka. With the press the film received, they were finally able to get Wat’s profile in the Basketball Hall of Fame (not one Asian person was in their “Diversity in the NBA” case, let alone Wat!). President Obama thanked him at the White House, and the NY Knicks finally brought him back to Madison Square Garden to recognize and honor him center court. These things are in a post script to the film now.