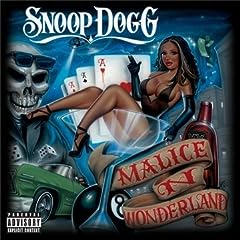 Check this new music video “I Wanna Rock” off Snoop Dogg’s upcoming “Malice in Wonderland” album. This is one of the music videos we told you Quest Crew would be in. Quest Crew has a lot of face time in the video including a couple signature moves. Far East Movement make a very brief cameo at the 2:12 mark. Wish there was more FM in the video.

You can pre-order Snoop Dogg’s Malice in Wonderland on Amazon.