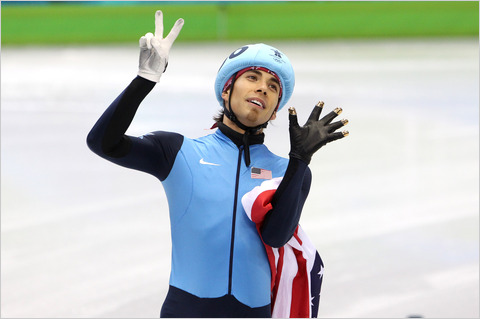 Look for more Asian Americans competing in the 2010 Winter Olympics.

Apolo Ohno and his dad on the Today Show

Apolo Ohno also talks to about breaking Bonnie Blair’s record to become the most decorated athlete of the Winter games. He covers a lot from the 1000m speedskating race to Michael Phelps and his dad watching from the stands. He comes full circle competing.