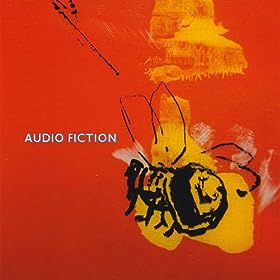 While on the channelAPA.com East Coast Tour, we sat down with a couple members of the band Audio Fiction. We chop it up with lead guitarist Charles Park and drummer/manager Mark O’Toole. We cover everything from how the band got together to how they got the name Audio Fiction. The band has used technology to their advantage to spread the word about their music. First, there was a revolution in online music distribution that leveled the playing field for large, small and no label bands. Then there was the work, courage and determination. The band produced their eponymous debut album, created their own label to market it, used social networking sites to inform and inspire a growing cadre of fans, and funded and directed their first music video. They used Harmonix tools to author their track ‘Race the Hourglass’ for the Rock Band Network.

NYC indie rockers Audio Fiction became one of the first independent bands to launch Harmonix and MTV Games’ just released Rock Band Network Music Store for the Xbox 360 Rock Band that allows bands and labels to author their own songs. About 100 songs were available on launch. Peer testing results and posts on gaming blogs have been overwhelmingly positive. Audio Fiction’s bass player, Darren Korb, an expert Rock Band player himself, became a technical wizard and authored the band’s track by putting it into a game-compatible file format. Similar to how iTunes leveled the playing field, the Rock Band track is offering ways for the group to find new fans and connect with them in a fun way. Apparently, there’s a tricky guitar solo on the track that’s great for players.

To download the song ‘Race the Hourglass’, all you need is an Xbox, an internet connection, an Xbox live membership and Rock Band 2.

Audio Fiction’s self titled debut album is available now on

and Amazon. Also check out their music video for Way Out.

If you are in the NYC area, Audio Fiction has a FREE show at the Best Buy in Union Square, NYC on Friday, April 30, 2010 at 6pm. Here’s your chance to rock with them.