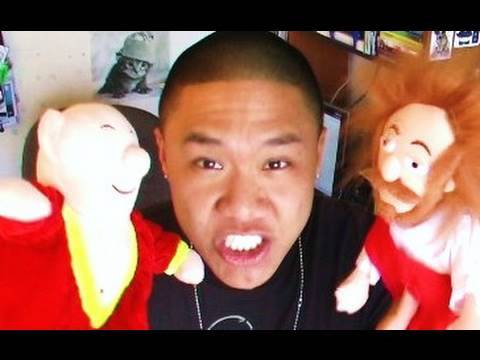 Timothy DeLaGhetto (aka Traphik aka Tim Chantarangsu) talks about his early days with YouTube including his previous accounts (funkyfresh and the original TimothyDeLaGhetto). The guys had a lot of banned videos and accounts. To this day, he still gets comments with racial slurs on his videos. He’s still doing something right. Tim’s got a fan base and one of the top YouTube accounts. Towards the end, he make a statement about the equalizing power of YouTube, “…I don’t know how else, I would have, as a young Asian dude been able to market myself, my music, my comedy, and my face. Cuz mainstream ain’t ready for that yet. Or they don’t think they ready for that yet….” Check his previous commentary on race too.

BTW – here’s the My YouTube Story of Ryan Higa and Jon M. Chu.