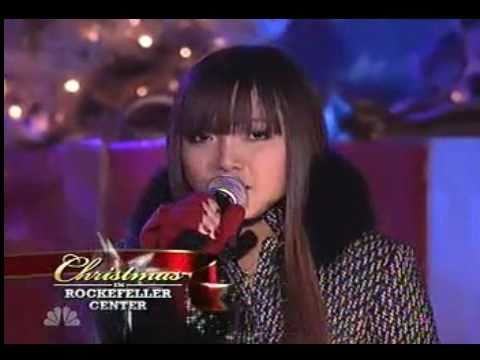 If you missed it earlier this week, Charice Pempengco performed on NBC’s Christmas in Rockefeller Center. She was part of the star studded line up that included the likes of Susan Boyle, Mariah Carey, Sheryl Crow, Josh Groban, and many more. The new minted Gleek sang her heart out for the song Jingle Bell Rock. Take a look at her performance below.

Charice has had a busy year releasing her self-titled debut album inculding the song Pyramid with Iyaz and landing a guest appearance role as Sunshine Corazon on Glee. Although she’s only appeared in one episode so far, we expect her to show up again in Glee in 2011.

Christmas in Rockefeller Center with Charice

More about Charice
Born and raised in the Philippines, Charice found her singing voice at a young age. By age 7, she was supporting her family through her earnings from singing competitions. In 2007, a web-savvy fan began posting a series of Charice’s performances on YouTube, including appearances on the Filipino talent show “Little Big Star” and the popular South Korean talent show “Star King.” She instantly became an internet sensation, earning herself appearances on “The Ellen DeGeneres Show” and “Oprah.” She has since released her self-tilted debut album, which recently reached #1 in Japan.