Director Derek Nguyen is raising funds for a new Asian American film with George Takei! “The Potential Wives of Norman Mao” is a film about an awkward man-child and his parents’ journey to find him a good Chinese wife. Norman Mao is an overweight, and socially-awkward man-child from Hong Kong, who at the age of 33 is still a virgin and unwed. Desperate to get him married, his parents take him on an international junket across the globe to find him a worthy Chinese wife. The Maos arrive to a New York City hotel, which is their final stop on their trip and their last hope to find Norman a bride. Having hired a professional matchmaking service, the Maos meet with three matches for Norman. Will one of these women be a potential wife for Norman or is he destined to lead a terribly lonely life? 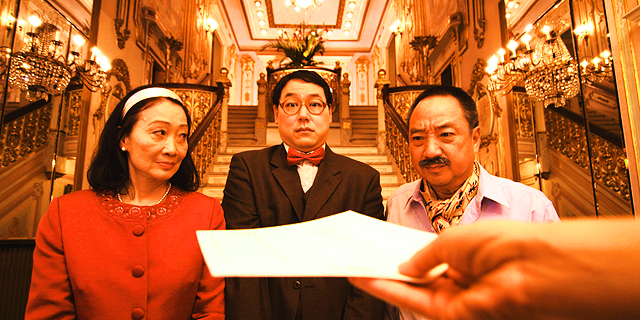 The film is in post-production and currently raising $6000 to complete the project. Your contributions will help pay for editing, color correction, music composition, sound design, submissions to festivals, and all the other necessary expenses to make this little film into a reality. Many of our cast and crew are industry professionals who’ve donated their time, energy, and talent to make The Potential Wives of Norman Mao. Based on your level of support you can get a bunch of cool gifts including DVDs, the credits in the film, an George Takei autographed copy of the script, carious levels of producer credits, and more. Get the details here.

Behind the scenes of The Potential Wives of Norman Mao