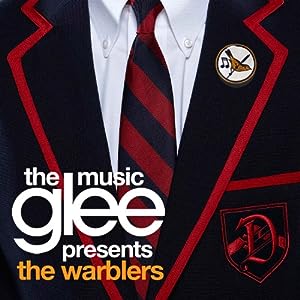 New Direction’s rivals, The Dalton Academy Warblers, debuted on Glee this season with a bang as their version of Katy Perry’s “Teenage Dream” became the fastest selling single in the series history. The Warblers, the beloved male a capella group starring Darren Criss and Chris Colfer, now have their own release, Glee: The Music presents The Warblers. This collection features songs performed by The Dalton Warblers, including their unique spin on such hits as Destiny Child’s “Bills, Bills, Bills”, P!nk’s “Raise Your Glass”, Train’s “Hey, Soul Sister” and Wings’ “Silly Love Songs.” Also featured on Glee: The Music presents The Warblers are two album exclusives, the much talked about opening performance of Barbra Streisand’s “What Kind of Fool” from the 2011 MusiCares Person of the Year gala and a never before heard rendition of Rod Stewart’s “Do Ya Think I’m Sexy?”

Listen as Darren Criss talkes about “Bills, Bills, Bills,” “Silly Love Songs,” and “When I Get You Alone” along with the artist’s behind the songs Destiny’s Child with Beyonce, Paul McCartney, and Robin Thicke.

You can cop the album on