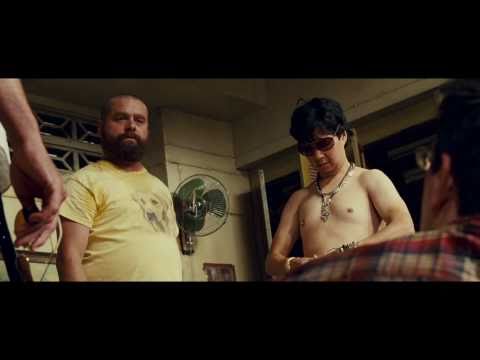 The Hangover 2 trailer was just released this week. Here’s a synopsis of the upcoming film:

In The Hangover 2, Phil (Bradley Cooper), Stu (Ed Helms), Alan (Zach Galifianakis) and Doug (Justin Bartha) travel to exotic Thailand for Stu’s wedding. (Stu’s fiancee is played by Jamie Chung.) After the unforgettable bachelor party in Las Vegas, Stu is taking no chances and has opted for a safe, subdued pre-wedding brunch. However, things don’t always go as planned after they lose the younger brother of Stu’s fiance, Teddy. What happens in Vegas may stay in Vegas, but what happens in Bangkok can’t even be imagined.

Not only is Jamie Chung in the Hangover 2, but Mason Lee is also in the film as her younger brother Teddy. Mason Lee is apparently director Ang Lee’s son. Also Ken Jeong is back as flamboyant gangster Leslie Chow. The Hangover 2 hits theaters on May 26, 2011 (Memorial Day weekend).