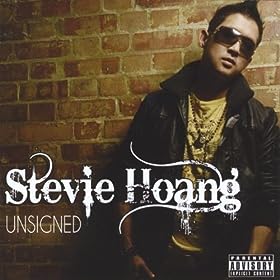 Singer Stevie Hoang has released his second album “Unsigned”. Over the past six months, he has been tirelessly working on this indepedently produced 16 track album. (Stevie Hoang recorded the whole thing from my bedroom although you’d never know it.) He’s been hailed as ‘the Chinese Ne-Yo’, but you can just call him the hottest, most ambitious underground R&B star the UK has ever produced. Here’s the tracklisting for his album:

Check the itunes stats and you’ll see his album is currently #23 in UK iTUNES RnB chart and #53 in U.S. chart & still climbing. Listen to why he’s a hidden gem and cop is album on

Text by Stevie Hoang off the Unsigned album