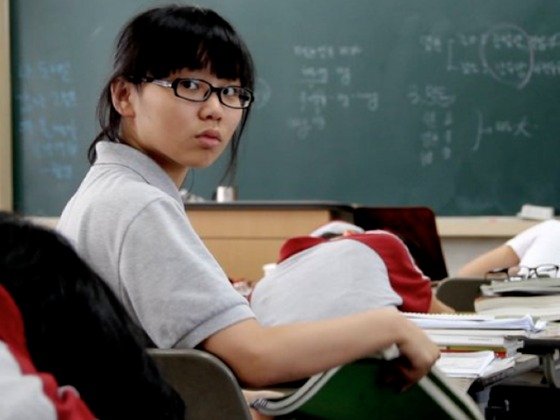 Last week, we did a post about Asians seeking surgery to look Western with plenty of controversy around the piece. Recently, we got word about a documentary about life as a female student in Korea by 19 year old American filmmaker and visual artist Kelley Katzenmeyer. Initially it started as a film about the pressures faced by high schoolers in the Korean education system, but quickly turned into more than that. Korean teenagers also have the added stress of looking a certain way, “Western”. Looking “beautiful” has these students carrying eyelid glue and getting plastic surgery. Here’s more on the documentary:

“Hahn” hopes to explain a very important Korean concept– “한” or “hahn”, a Korean word for which there is no English translation. “Hahn’ is perhaps the driving force that brought South Korea from being one of the poorest countries in Asia to the world’s 13th largest economy in 60 short years. It is perhaps because of “hahn” that Korean students have some of the highest test scores in the world, and a higher rate of acceptance into American Ivy Leagues than any other foreign country. It is also perhaps the reason why, among developed countries, Korea has the highest suicide rate. It’s what’s making Korea one of the strongest countries in the world– but at the same time, one of the weakest.

“Hahn” will follow several Korean teenagers in the most stressful time of their lives- their last year of high school. After studying for roughly sixteen hours each day, their futures boil down to one last exam. On November 10th, 2011, thousands of high school seniors will take a nine hour test that for many, will determine their economic and social status for the rest of their lives.

“Hahn” hopes to reveal why Korean education is extraordinarily competitive, and how it came to be that way.

The film is looking for funding to get better cameras and sound equipment. To learn more about the project, go here.

Fundraising video for Hahn (see the 2:30 mark for more about the pressures to look “beautiful” in high school.)

More about Kelley Katzenmeyer
As a high school senior, Kelley Katzenmeyer won the 2010 YoungArts Gold Award in Cinema, a $10,000 prize, and was nominated as a Presidential Scholar in the Arts, meeting President Obama. During high school, her short film “To Be Remembered” screened at film festivals across America. After graduating from the NC School of the Arts in 2010, Kelley received a full scholarship from the U.S. Department of State to study abroad in South Korea. Recently accepted into Columbia University, she has deferred admission in order to direct a documentary feature film on Korean high school students. Currently, Kelley lives in Seoul, South Korea.