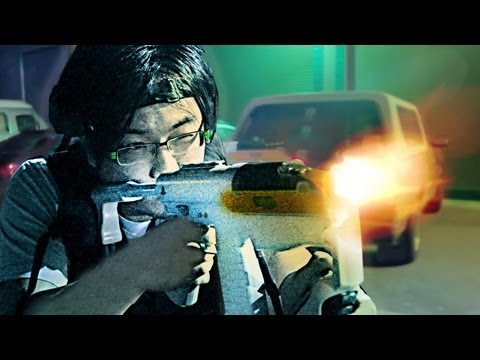 Join Freddie Wong as he gives you a glimpse into the possible future of motion control gaming. He’s got a fully loaded gaming pack with projection head gear that allows him to have a 360 degree gaming environment. Think Danger Room from the X-men. Just wave your gun up and down and get ready for battle. You never know where enemies may lurk.