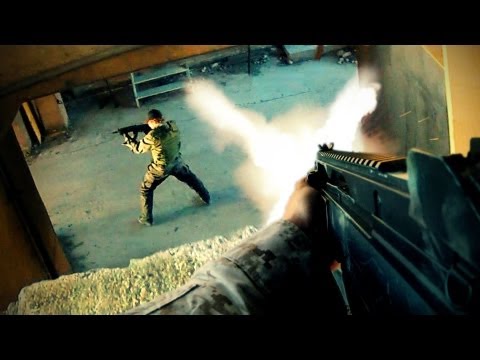 While Freddie Wong and crew were out on location shooting the Battlefield 3 Commercial, they decided to shoot another entry in their series of first person videos. This is kind of a sequel to Battlefield 4. Since Battlefield actually rewards teamwork, they decided to utilize two different points of view that intersect. In the future, when Battlefield 4 comes out, they figure this is what co-op gameplay might look like!

BEhind the scenes of Battlefield 4: Co-op with Freddie Wong