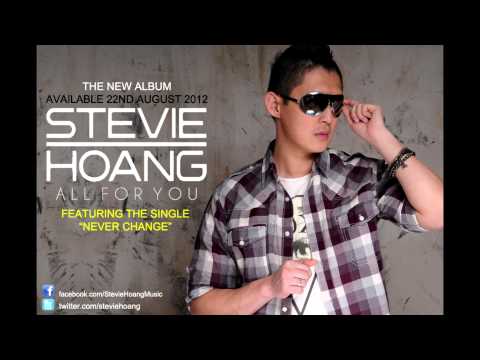 Singer Stevie Hoang released a preview of his upcoming album “All For You” featuring his single “Never Change”,”Before You Break My Heart”, and “Rainbow”. The album is slated to have 16 fresh new RnB jams. Stevie states, “In the past I’ve tried to change my music to try and get record deals or get on the radio but For this album I just wanna make music I think my fans wanna hear, which is why I called it ‘All For You’. I wanna bring back that element of romance to RnB . Music to slow dance to and enjoy by candle light.” Look for the album to drop on August 22, 2012. You can get the album on

Listen to more Stevie Hoang : Summer Love, No Coming Back and Fight For You.

Never Change preview off All For You album by Stevie Hoang

Rainbow preview off All For You album by Stevie Hoang