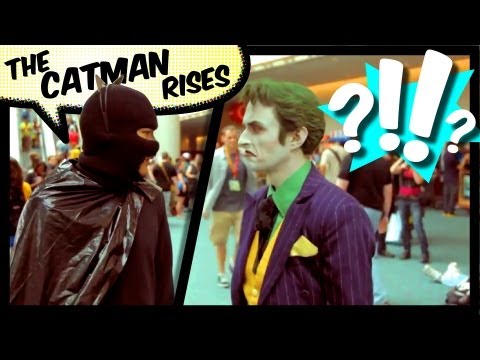 On a whim, Wong Fu Productions ran around the 2012 Comic Con to shoot this fun skit, approaching random people to participate and act. The outcome is “The Catman Rises” (a play on the upcoming film The Dark Knight Rises) with Phil Wang playing Catman Batman, a guy who loses faith in his costume, and himself. As he walks the floor of Comic-con, people don’t quite know who he is. He even tries to team up with fellow superheroes, but to no avail. Even other Batmen have issues with him. However, things change with a simple request.

See the recent videos from Wong Fu Productions: Away We Happened, Company Car and Home is Where the Hans Are.