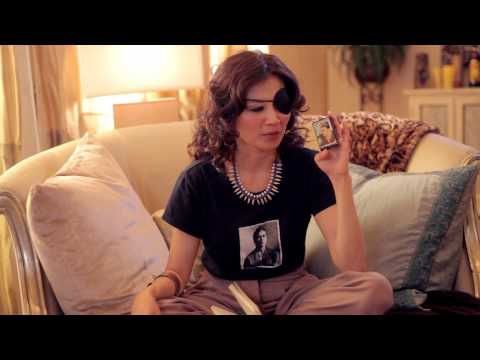 The Nice Girls Crew webseries concludes Season 1 with episode 5 entitled “Castle in the Sky.” Once again, Sophie and Geraldine wait for Leena before the book club can get started. With Leena’s pick on deck with “Zen in the Art of Archery,” tensions and arguments rise again amongst the woman as Leena doesn’t read the book. To “help” the situation, Geraldine “shares” her prescription meds with the group. Sophie goes a little overboard on the pills and suffers the consequences later. While under the influence, the ladies begin some unorthodox team building with a tray of snack foods, dragons, and cheese.

More about Nice Girls Crew
From award-winning Sundance helmer Tanuj Chopra (Punching at the Sun) and emerging writer/producer Christine Kwon, comes a new comedy about three best frenemies and their cray cray antics in a book club. (It’s like the female version of YOMYOMF’s The Book Club). Sophie (Lynn Chen – Saving Face, Surrogate Valentine) is the human rainbow bright, wreaking sunshine even as she reveals her inner Dexter. Geraldine (Michelle Krusiec – Chinglish, Saving Face) is the badly permed, cult leader potentate, whose talents range from spoken word dance performance to carefully balancing martini glasses. And Leena (Sheetal Sheth – Reign, Three Veils, Looking for Comedy in the Muslim World, The World Unseen) is the unabashed thug-ess in heels, whose constant refusal to read the books is matched only by her trademark tardiness. When the three come together, it’s an unforgettable mix of taut one-liners, delusions of grandeur, and explosive conversation material.