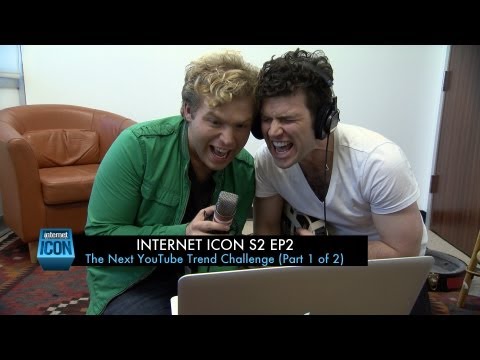 See who has what it takes to be the next Internet Icon. 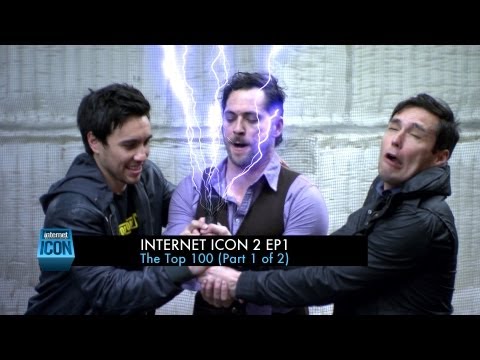 Reality show “INTERNET ICON” returns for Season 2, “INTERNET ICON Season 2 Episode 1 The Top 100.” Judges Ryan Higa, Christine Lakin, and Timothy DeLaGhetto along with host Chris Riedell and mentor Nick Riedell meet the top contestants from across the nation in Hollywood, CA in search of the next Internet Icon. In the first round, contestants are either cut or sent forward on the spot. Finally, the judges deliberate and eliminate to the Top 20, then announce the Top 10 contestants. See who makes the cut to the Top 10. Arvind Mahankali (Speller 163) spelled “tokonoma” and “knaidel” correctly, smiling and nodding as he did. He is the winner of the Bee, and the first male champion since 2008. Knaidel is a German-derived Yiddish word. Arvind, who finished third in each of the past two Bees, has gotten out on German words. “The German curse has turned into a German blessing,” he said. Arvind said the words were extremely hard, and there were several he didn’t know — particularly “melocoton,” the word that eliminated fellow four-time competitor Grace Remmer (Speller 39).

The New York eighth grader studied six hours on Sundays, but 30 minutes other days of the week. He said he plans to stop studying spelling and begin studying physics. “It means that I am retiring on a good note,” he said.

Arvind hoisted the trophy over his head, with his parents and brother joining him on the stage. Before the finals, Arvind — who was the only competitor to return from last year’s finals — said he was feeling “pretty happy with my performance.” “Right now, it’s just fun,” he said.

For spelling his words correctly, he gets:
*From Scripps, a $30,000 cash prize and the Scripps National Spelling Bee engraved trophy
*From Merriam-Webster, a $2,500 U.S. savings bond and a complete reference library
*From Encyclopedia Britannica, $2,000 of reference works including the Britannica Global Edition, 2013 Encyclopedia Britannica Ultimate Reference Suite DVD-ROM, and a three year membership to Britannica Online Premium

Arvind loves math and science and hopes to one day pursue a career as a physicist. That explains his choice of role model and the person he would most like to meet (Albert Einstein), but doesn’t explain his favorite song (“I Believe I Can Fly”). A speaker of Telugu and Spanish, Arvind enjoys tennis, basketball and drama, and counts Novak Djokovic and Shaquille O’Neal among his favorite athletes. Arvind is making his fourth consecutive trip to the Scripps National Spelling Bee. He placed ninth in 2010 and finished in third place in both 2011 and 2012. Of all the words he’s seen and spelled, his favorite so far is sardoodledom. 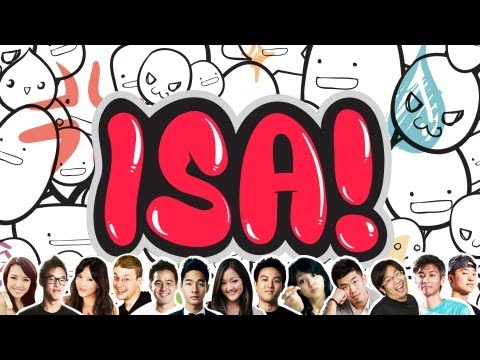 On Thursday, May 23, 2013, International Secret Agents is proud to announce the release of the first ever Asian American variety game show: ISA!. ISA! will break ground in Asian American entertainment, as well as in digital, as the first ever live studio audience production filmed at the new YouTube Space in Playa Vista, CA.

Inspired by the outrageous variety shows popularized throughout Asia, ISA! will feature 10 celebrity contestants playing hilarious games and squaring off in head-to-head challengs. ISA! is setting the bar as a new kind of game show for a new kind of audience. Produced directly for the web, ISA! incorporates technology and interacts with it’s audience in exciting new ways.

“ISAtv has always been about uplifting and supporting the Asian American community.” Philip Wang of Wong Fu Productions says, “We thought the “ISA!” variety game show would be the perfect opportunity to pay homage to these fun programs, feature Asian American talent, give fans a fun new way to see their favorite role models and inspirations, and ultimately create a show anyone can enjoy.”

You’ve seen the ads … maybe even the behind-the-scenes video. Now here’s your chance to be part of something new and fresh at McDonald’s, brought to you by ChannelAPA.com. If you haven’t heard (you might be the only one), McDonald’s is introducing a new, great-tasting fish option: Fish McBites™

If you loved McDonald’s Chicken McBites, then you’re in for a treat with the new Fish McBites. They’re tender, crispy pieces of poppable white flaky Alaskan Pollack – responsibly sourced and wild caught from sustainable fisheries.

To celebrate the launch of this new product, we’re giving you a chance to show how the great taste of Fish McBites moves you – and have an opportunity to be a part of an upcoming McDonald’s commercial!

Here’s how it works:
1) Read all the rules below 🙂
2) Download the official Fish McBites music here.
3) Go to McDonald’s and try some Fish McBites (Save some for your video!)
4) Make a 30-second video of you doing your best interpretation of a “Fish Dance,” showing how the flavor of Fish McBites moves you
5) Email a link to your video to channelAPA.com at channelapa.promo@gmail.com by March 31, 2013.
6) Share your video with every one you know on the face of the planet!

Need more inspiration? Check out the video below

A panel of super-important creative-types will review the videos, and the best ones will appear here on channelAPA.com. If there is one individual that stands out above the rest, the panel will give that person an opportunity to be featured in an upcoming McDonald’s commercial!

Ready to do this? Here are more details and the rules:

This project is only open to residents of the fifty (50) United States and District of Columbia who are at least eighteen (18) years of age at time of initial participation.

By submitting your video, you agree to the following rules and guidelines:

Submission Guidelines:
• Video submissions should be no longer than 1 minute
• Usage of the Fish McBites music is limited to your video submission and may not be reproduced or used anywhere else
• Send your submissions to channelAPA.promo@gmail.com in YouTube link/vimeo link/mov/mp4/mpeg4/avi/wmv.
• All submissions must be received by March 31, 2013 11:59pm PST. Any submissions received after this date will not be considered. channelAPA.com is not responsible for any delays due to technical issues or unforeseen circumstances.
• All submissions become the property of channelAPA.com. By submitting your entry, you agree to allow channelAPA.com to use your video for marketing or other purposes. Individuals featured in the video agree to waive any compensation or usage/rights fees.
We are not seeking commercials or sales pitches for McDonald’s® — we’re asking for short dance videos that best show how the new Fish McBites moves you. 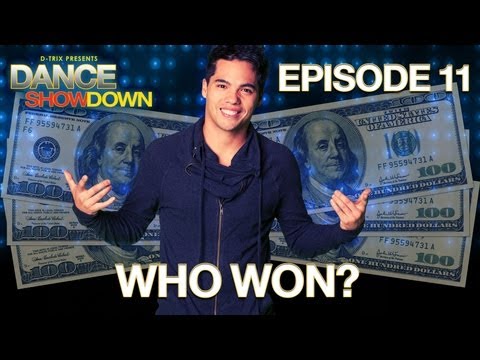 D-Trix‘s Dance Showdown Season 2 concludes with Episode 11 when the winner is revealed. Who won the judges vote? Who one popular vote? Find out now in this final episode of the season. Will it be Chimneyswift11, PrankvsPrank, Chester See, or BrittaniLouiseTaylor. Which routine will capture the top prize?

More about Dance Showdown
In Dance Showdown, 12 YouTube stars train and perform with 4 professional dancers in front of 3 celebrity judges and a global voting audience for the chance to win Dance Glory and $100,000!