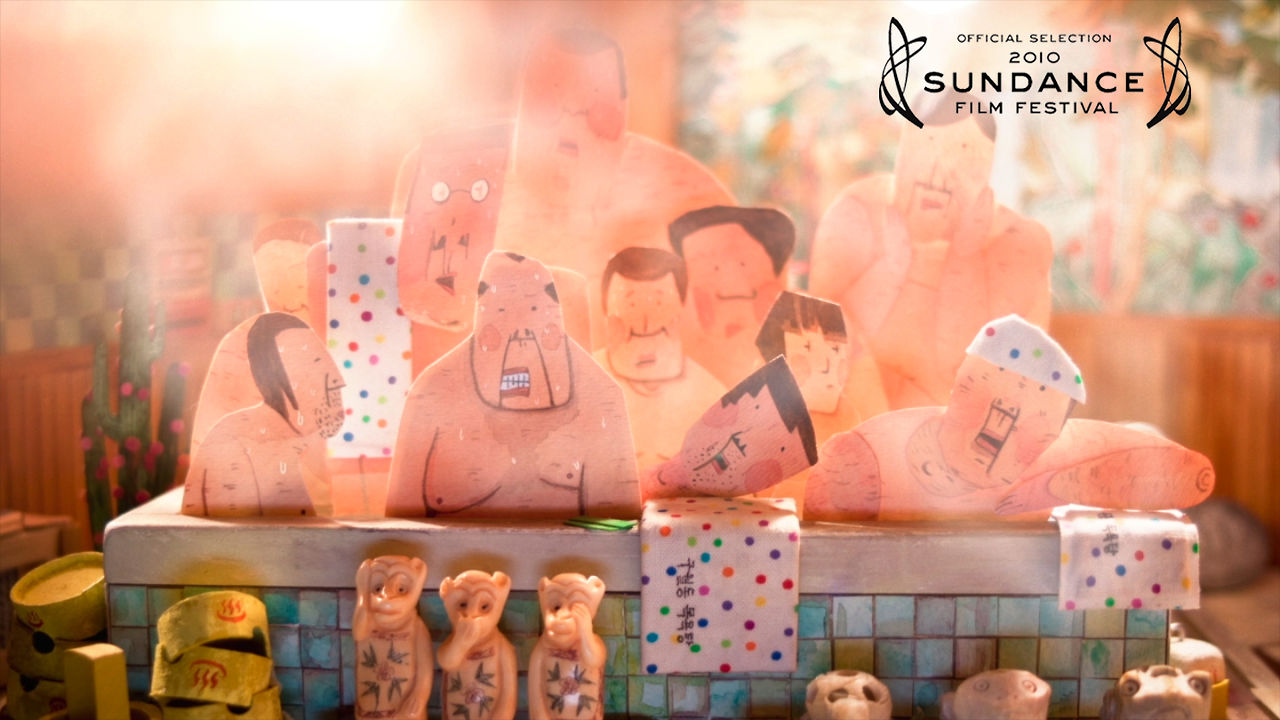 Animator Kangmin Kim created a unique stop motion world in his short “38-39°C”. (You may have seen it on the film festival circuit.) A man enters an old bathhouse where intense heat and steam cause him to relive a memory of his father. Objects in the bath induce memories of his desire to rid his father of a birthmark they both share.