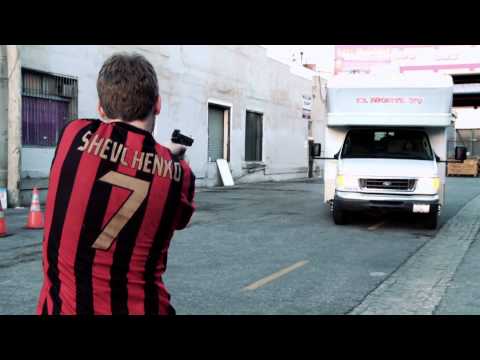 Over the weekend, Freddie Wong and his crew officially kicked off their roadtrip. They released the first video of the tour as they left the Los Angeles area. It wasn’t easy gettiing out of LA. There’s an insane RV stunt. For the trip, here’s his tentative plan:

On October 9th we left Los Angeles for a month on the road making videos with you guys, in your cities and towns! We are heading north up the pacific coast before turning east and making a clockwise loop around the nation.

They’ve already hit Sacramento and Seattle. Get the latest scoop on twitter.

How to fall under an RV

They used Adobe After Effects CS5 to composite the two elements together. Basically, for the time that the two elements are intersecting, both the guy on the ground and the RV need to be rotoscoped using Rotobrush in separate layers. After the elements are isolated, they are layered so that the RV is on top of the rotoed guy. All that remains is adding the shadow that passes over the guy. Duplicate the layer of the guy, apply curves to make the shadow match, then annimate a large feathered mask to pass over it at the same rate as the RV. The only things that you have to watch out for when attempting this effect is to layer the elements correctly, then match the light of the shadow to achieve realism.