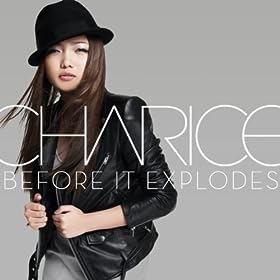 Charice dropped her brand new single “Before It Explodes”. The song written by Bruno Mars & Ari Levine will be featured on Charice’s upcoming album. It will be one of three new songs that are scheduled to be released on in April and May. “Louder,” the second song to be available sometime in May, was written by Daniel James, Leah Haywood and Shelly Peiken.

“I had a fantastic time in the studio recording these songs and can’t wait to perform them live for my fans,” Charice stated. “It’s thrilling to work with so many talented songwriters and producers.” Get the track “Before It Explodes” on

That’s not the only music Charice is collaborating on. She’s on Greyson Chance’s remix of “Waiting Outside the Lines” ( available on

) and the Nick Jonas’ produced track “One Day”. (available on

She’s been one busy bee. Also look for her on tonight’s episode of Glee “A night of Neglect”.

Before It Explodes by Charice

See more Charice songs including Pyramid, Note With God, and In This Song.

Lyrics to Before It Explodes by Charice

[Chorus:]
Don’t make this harder than it is
We both knew it’d come to this
Better now than in a year
More nights of tears and we both hate each other
The fuse is already lit, so how about a final kiss
And just let it go?
And stop the madness before it explodes
Before it’s out of our control
Let’s stop the madness before it explodes
We gotta let it go
Before it all explodes

There ain’t nothing that can save us
But you’re close to the edge
And what’s the use of going on,
If we’re lying to each other
Every word that is said
Its too late for us now
Cause we can never count down
Its getting close, its gonna blow