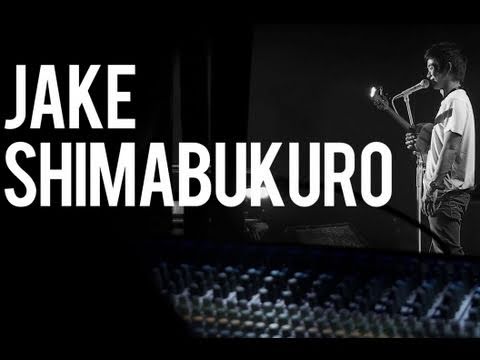 Those familiar with Jake Shimabukuro may know him as a ukulele virtuoso who has performed with artists as diverse as Bela Fleck, Cyndi Lauper and Yo Yo Ma, been featured in The New York Times, Rolling Stone and Time Magazine, and has earned comparisons to Miles Davis and Jimi Hendrix. For those unfamiliar with his music, all it takes is to hear a few chords—or glimpse him in performance—and the appeal comes through instantly. Produced by CAAM & Pacific Islanders In Communications, this intimate documentary will give viewers a singular glimpse into not only Jake Shimabukuro, the performer and musician, but also Jake, the young boy who grew up in a modest apartment to a single mother and unsuspectingly rose to international stardom.

Rising young filmmaker Tadashi Nakamura (whose acclaimed trilogy on the early Asian American cultural movement includes Yellow Brotherhood, Pilgrimage, and A Song For Ourselves) provides an insightful portrait of this first-class musician, backstage, at home, on the road, and into his early days. A quiet boy, Jake quickly took to the ukulele, largely to deal with the troubling divorce of his parents. From there, Jake’s path would progress with perfect synchronization, from skinny teen (when his skills are recognized by a master ukulele craftsman) to young adult (when he starts getting local radio airplay, and is “discovered” on YouTube) and suddenly to international stardom, especially in Japan. His evolution as a musician is marked by increasing technical prowess (an aggressive strum that “could get a lot more speed”) and, perhaps more significantly, an introspective approach to creating new sounds—not with distortion panels and amplifiers, but with his bare hands.

Through it all, Jake continues to challenge himself, as both a musician and a person. On one trip, Jake travels with his manager to her hometown of Sendai, Japan, one of the casualties of the devastating tsunami. Performing at shelters for children and elders, Jake observes, “Nothing’s ever perfect… But things can feel perfect.” Experiencing the music of Jake Shimabukuro, one knows exactly what that means.

Don’t miss the World Premiere of this captivating documentary – PLAYING ONE NIGHT ONLY! (here’s a few glimpses from the film : Blue Roses Falling and Bohemian Rhapsody.) And the icing on the cake? JAKE SHIMABUKURO WILL BE IN THE HOUSE to give a mind‐blowing ukulele performance that’s sure to knock your socks off! The San Francisco International Asian American Film Festival’s (SFIAAFF) 2012 Screening, Live Performance and VIP Pre‐Reception for THE JAKE SHIIMABUKURO DOCUMENTARY will take place on March 14, 2012 (6:00pm VIP Reception and 7:30pm screening at the Castro Theater).