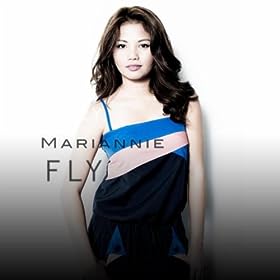 After recently being awarded Canada’s FACTOR grant, Canadian singer/songwriter Mariannie Ompoc will debut her solo EP titled “1993” early 2013. Her first single off the highly anticipated EP is “FLY”, which features anthemic strings, uptempo drums and powerful lyricism showcase Mariannie’s skills as both a songwriter and music producer. It’s one of seven songs featured on Mariannie’s vocally driven EP which will also highlight her artistic versatility in the genres of R&B, Pop and Soul Music.

Inspired by her early departure from the Philippines at age nine, Mariannie has created a signature sound of her own and states that “All of the songs in the EP are intertwined with the emotions that surfaced when my family left and arrived in Canada. Loss, letting go, and realizations are the central themes of this EP. It was very difficult to write and release these songs because they are all very personal to me in some way.” Her haunting lyrics, soulful vocals and catchy melodies are sure to stick in one’s mind. “1993” clearly demonstrates her signature sound and songwriting abilities showing she is a real talent and a rising star.

More about Mariannie Ompoc
Mariannie Ompoc, who began singing in church at the age of four penned her first song at 14. She has written alongside Mark Berry (Duran Duran, Billy Idol, I Mother Earth), collaborated with MeccaGodZilla (Eric Bobo/Cypress Hill, Japan’s Sick Team), and has performed in numerous venues for over ten years. Pat Leyland of TMKO Media Lawyers (Nelly Furtado, Sum 41) has noted: “Her R&B influenced pop music naturally showcases her vocal ability. The soulfulness of her writing expresses itself in a unique manner.”