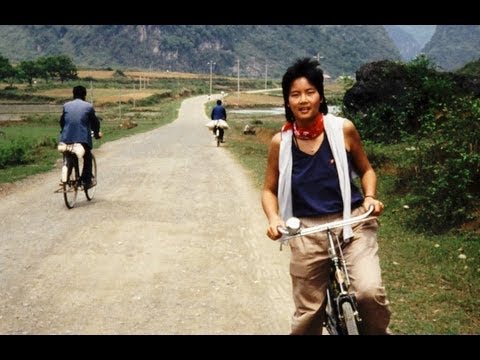 “A Woman Named Canyon Sam” is a testament to a woman who passionately committed herself to social change from a young age, chronicling her first coming out as a young Asian American lesbian in the seventies — one of the first “out” Asian American lesbians in North America — to publishing her award-winning 2009 book, Sky Train.
At a run time of twelve minutes, “A Woman Named Canyon Sam” was inspired when Quentin first met Canyon at the reading of her book Sky Train: Tibetan Women on the Edge of History, winner of the PEN American Center Open Book Award.

Fascinated by Canyon’s multiple identities as a lesbian, an Asian American woman, a performance artist (“a master storyteller,” The Village Voice), an early gay rights activist turned human rights advocate and most recently an author, Quentin decided to collaborate with Canyon on a documentary that began in June of 2009.
Successfully funded by Kickstarter and an entirely a project of passion, “A Woman Named Canyon Sam” first premiered at the Honolulu Rainbow Film Festival. It screened at the Los Angeles Asian Pacific Film Festival, the Hong Kong Independent Film Festival, and won the 2011 Panasonic Award for Best Documentary Short at the Asian Film Festival of Dallas.

“Without the technological revolution from digital filmmaking to internet broadcasters like Youtube, I don’t think that this little film could have been possible and seen the light of day,” says Quentin. “Of course, the film could not have been possible without Canyon Sam, a pioneering spirit whom I admire and is an inspiration to me.”

“The seventies and eighties were a profoundly unique time in the history of social change movements — wildly full of change and the hope of even bigger change. We felt we were smashing social barriers every time we turned around. I’m deeply honored that Quentin has chosen to preserve a bit of those heady times through my experiences — his first documentary in many years of illustrious film making,” says Canyon Sam. “He skillfully framed the film during the promotional tour of my book, so it enjoys an immediate, contemporary feel too.”