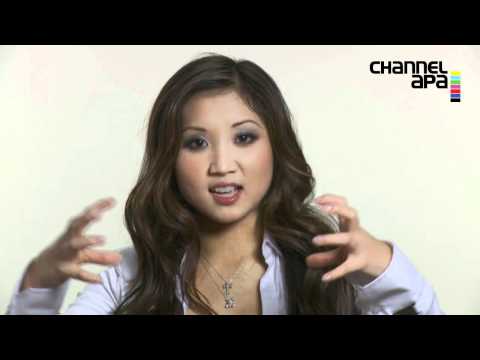 The movie with the biggest buzz this weekend is “The Social Network“. Brenda Song plays Christy Ling in the film. She sheds her Disney image for a much edgier role than you’ve seen her int he past. Check out the interview with Brenda Song talking about her time on the set and the cast. Here’s more about the film:

Every age has its visionaries who leave, in the wake of their genius, a changed world – but rarely without a battle over exactly what happened and who was there at the moment of creation. In The Social Network, director David Fincher and screenwriter Aaron Sorkin explore the moment at which Facebook, the most revolutionary social phenomenon of the new century, was invented — through the warring perspectives of the super-smart young men who each claimed to be there at its inception. The result is a drama rife with both creation and destruction; one that purposefully avoids a singular POV, but instead, by tracking dueling
narratives, mirrors the clashing truths and constantly morphing social relationships that define our time.

Get tickets to The Social Network at Fandango or movietickets.com.