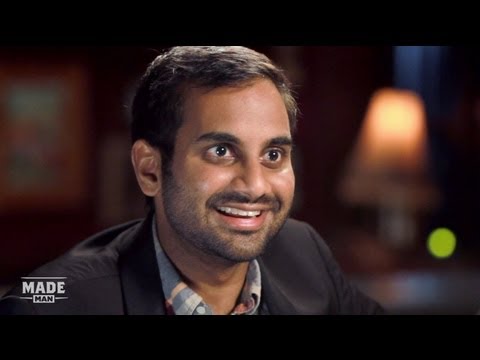 Comedian Aziz Ansari talks about his Southern roots, the start of his stand up career and his new-found passion for cooking at home. His cooking involves searching for recipes online from pork butt to homemade shake shacks. The comedian splits time between the two coasts from Los Angeles to New York City. Aziz Ansari’s career has taken off, but he still remembers his roots in stand up. Then Paul F. Tompkins plays a drunk game of “Word Association” with Parks and Recreation star, Comedian, and R. Kelly enthusiast Aziz Ansari… things are about to get crazy! 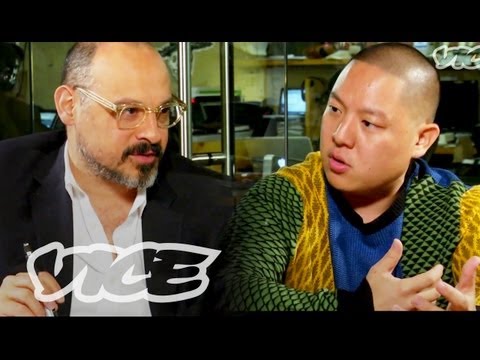 Restaurateur and food personality Eddie Huang about his new book, Fresh Off the Boat: A Memoir, the first season of his show Fresh Off the Boat, and what we can expect for season two. He talks about his experience growing up Asian in America in Florida. His life is so hectic, but he still takes time to read certain types of books. The outspoken New York best-selling author give his two cents on writing and keeping it real in his writing. He tackles all sorts of subjects from politics to religion to life in general.

Comedian Ken Jeong appeared on Jimmy Kimmel Live to promote the film “Pain & Gain,” in which he play Johnny Wu, a motivational speaker and promoter of a get rich quick seminar. On the show, he talks about being maintaining his role as a real life doctor and “requests” from his fellow actors. Additionally, he talks about his upcoming film Hangover Part 3 and what his dad thinks of his acting roles.

Jeremy Lin shot from obscurity to stardom to become one of the few Asians to play professional basketball in the NBA. His sudden rise and stellar play became known as “Linsanity.” NBA standout Jeremy Lin’s failure to get a major college basketball scholarship or a roster spot through the NBA draft probably had to do with his Asian ethnicity, Lin and NBA Commissioner David Stern says. The opinions come to light in a profile of the Houston Rockets player, whose spectacular performances off the bench for the New York Knicks last spring spurred the catchword “Linsanity.”

Lin was chosen California’s player of the year when he led his Palo Alto High School team to a state championship. Asked by Rose why he didn’t get a scholarship to nearby UCLA or Stanford, Lin replies, “Well, the obvious thing in my mind is that I was Asian American which, you know, is a whole different issue but… I think that was a barrier.” Acknowledging that his ethnicity had nothing to do with his athletic ability, Lin says it was more of a perception of Asian Americans. “I mean… it’s just a stereotype,” he tells Rose. He believes that if he were a black or white player, he would have gotten a scholarship to his dream school, Stanford.

Lin, a brilliant student, went to Harvard instead, where no athletic scholarships are granted, and was a standout in that Division I program. But the six-foot-four-inch guard wasn’t drafted by any of the NBA’s 32 teams in 2011. Was race involved there, too? “I think in the true sense the answer to that is yes,” says the NBA’s Stern. “In terms of looking at somebody…I don’t know whether he was discriminated against because he was at Harvard,” he says with a laugh, “Or because he was Asian.” The bottom line, says Stern, he didn’t have the usual background common to a vast majority of professional players.

Lin was forced to enter the NBA the hard way, through a summer league. That experience led him to a few short stints on pro teams and the NBA’s D-league, until the New York Knicks signed him for its bench. What happened next led to a familiar word in New York City and then the world, “Linsanity.” Lin substituted for injured stars and played so well, he became a sports phenomenon in the media capital of the world. Rose also speaks to Lin’s parents in this 60 MINUTES profile. 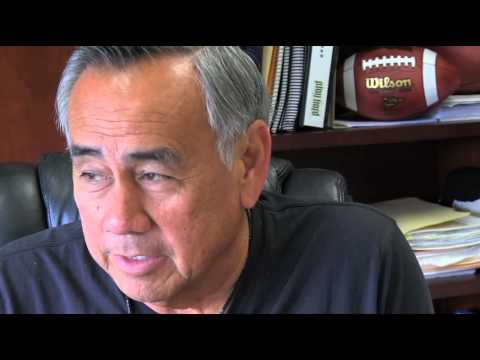 Last night, the duo of Jeremy Lin and James Harden showed what they can do when they are focused. The Rockets played poorly in the first half against the injury-ravaged Timberwolves team. The Rockets rallied back from 20 points down for a 108-100 win over the Timberwolves, marking Houston’s biggest comeback in Toyota Center history. That second half “stuff” consisted of James Harden and Jeremy Lin putting the team on their respective backs and putting on a spectacular, practically flawless performance in the process. The pair combined for 27 points in the third quarter alone and 61 points and 16 assists overall. Their brilliance keyed Houston’s comeback as the Rockets outscored Minnesota by a 69-43 mark over the course of the final two quarters. Buoyed by the heroics of Harden and Lin, the rest of the Rockets got in on the act in the final frame to complete the comeback.

(On the game) “I don’t know what to say about our first half. It was atrocious. Tonight, we found rhythm in the second half. Thank you to our fans and to everybody who was cheering really loud. We can’t afford to do that on the road though. We’ve got to figure that out.”

(On the play of Greg Smith) “He is really athletic. He is always in the right spot at the right time. He just has a great feel. We were trying to attack, attack, attack and they (Minnesota) were coming over to block shots and their second rotation wasn’t there all the time so that allowed Greg to get open.