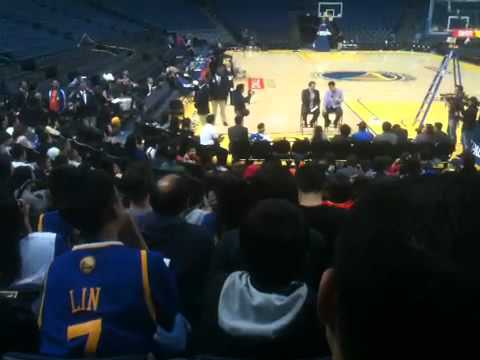 Jeremy Lin made his NBA debut yesterday with the Golden State Warriors, his hometown team. Although he only played 2:32 minute, he still got a steal along with a standing ovation for the jump ball. Every time Lin touched the ball, the crowd erupted in cheer. After the game, he gave a post game talk to the fans. He covers a lot of different topics from wanting to be active in the Asian American community to his point of view in his first NBA minutes.

To get to his first game, Lin shares reluctantly about the car he drives, a Toyota Camry. Watch the video to hear why he’s got that car.

See Jeremy Lin and the Golden State Warriors live. Get tickets for home games and road games. Tickets as low as $5 while supplies last.