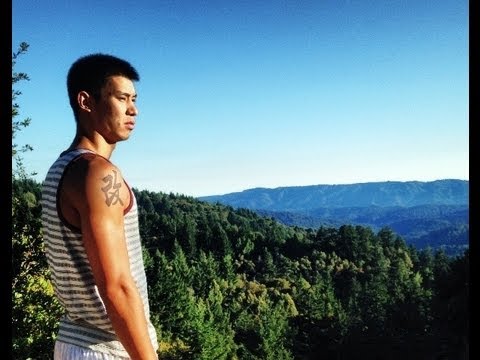 Jeremy Lin reflects on how the NBA has changed him in the short film “You’ve Changed Bro”. From playing videos games to getting advice, his friends and family feel like he’s changed since he’s hit the big time. His mom won’t appreciate his biggest change a new tattoo in Chinese. Look for cameos from Jubilee Project, Ryan Higa, KevJumba, Phil from Wong Fu Productions, Steve Nash and James Harden.

As usual, he closes out the video with a Bible verse. This time he chose Romans 12:2 – “Don’t copy the behavior and customs of this world , but let God transform you into a new person by changing the way you think.” 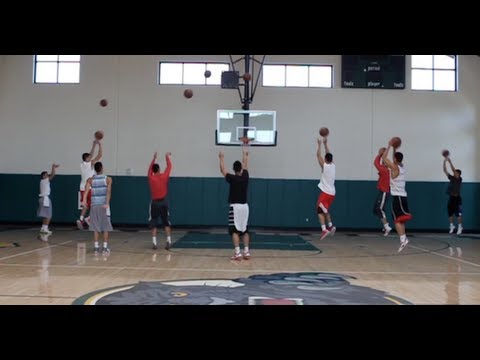 Follow Jeremy Lin through the offseason as he works out at Gatorade Sports Science Institute, the Rocket’s practice facility, and back home in Palo Alto, CA. He pushes himself to the limit with weights, endurance, hand-eye coordination, agility, and more. Everyday he’s focus on becoming a better player. Not living in the past of Linsanity, he’s building towards a new future. The video ends with Philippians 3:14 – “I press on toward the goal for the prize of the upward call of God in Jesus Christ.”

“Beyond the Mat” is the next classic sports movie with the best elements of an edge of your seat sports movie. The underdog must rise to the challenge, but with a new modern twist. Imagine Friday Night Lights but on the wrestling mat. Not just a sports story… Not just a love story… Beyond the Mat was chosen out of thousands of scripts to be an official selection at the Tribeca Film Festival All Access Program.

Set against the backdrop of a suburban high school in Middle America, Beyond the Mat is the coming of age tale of Aaron Miller (John Wynn). Amidst the struggle of a disintegrating friendship, the tormenting of a cross‐town wrestling rival, and the blossoming of a new love, Aaron is forced to come to terms with who he really is. Aaron’s friendship is put on the line when best friend Bo (Mark Hapka), blinded by the desire for a rematch against cross‐town wrestling rival Dominic (Jonathan Kowalsky), robs Aaron of his spot on the varsity wrestling team. Aaron is torn between his loyalty to his friend and his commitment to his sport. Fueled by the desire to succeed and the need to prove himself, Aaron embarks on a journey of self discovery. At times, Aaron’s struggles on the mat mirror his struggles in daily life. His wrestling encounters are a physical manifestation of his emotional struggle, a metaphor for what he is going through. The drama culminates in an explosive finale at the State Wrestling Championship where more than just pride is on the line. It’s a tale about two best friends, a chronicle about minority experiences in America, an uncensored look into the perilous world of high school wrestling, and ultimately the story of a teen who overcomes self‐doubt to find his true place.

You can catch the film at the 2013 Asian American International Film Festival and other film festivals near you.

Beyond the Mat trailer 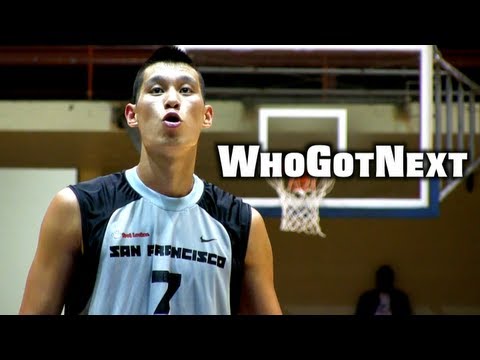 Where does Jeremy Lin basketball in the off-season? You might catch him playing during the summer at the SF Pro-Am League. Seasoned pro and college veterans play in this summer league for the fans and scouts in the stands. Jeremy Lin recently made an appearance for the South Bay Sparatans against Bay Pride. He dropped 45 points on his opponents in the 126-122 overtime win with making 3 point shots, driving hard to the hoop, and dishing assists in traffic. Check out the highlights while you wait for the return of Linsanity. 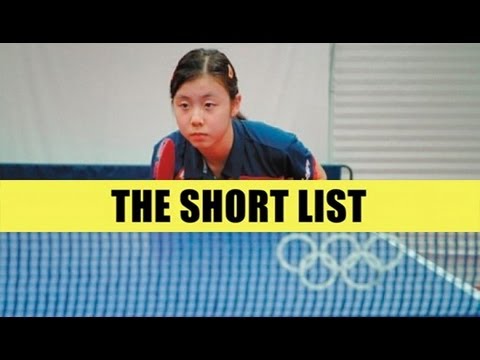 If you missed the short film documentary “Top Spin” on the film festival circuit, you have a chance to see it online. Imagine the smell of fresh rubber paddles, hollow plastic balls whirling by at 80 mph, and exclamations of victory interrupted by bitter cries of defeat. Welcome to the world of competitive table tennis. With hard work and family sacrifice, a young table tennis champion works towards becoming one of the top players in the world — Ariel Hsing exudes a quiet confidence and intensity that rivals any young professional athlete working hard to become a promising Olympic champion. However, Ariel’s story goes beyond her personal dedication and also reveals the family sacrifices that foster her talent. With the pressures of rigorous training, international tournaments, schoolwork and SAT’s — is it all worth it in the end? 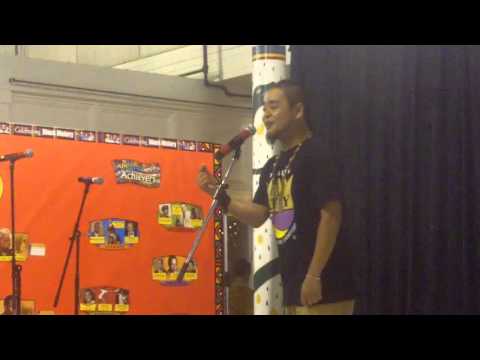 Spoken word artist George Yamazawa performs a piece about Linsanity during a poetry slam competition. In the inspiring piece, he touches upon stereotypes and obstacles that Jeremy Lin faced. George even manages to brings it full circle to Gangnam Style. He closes out the piece with a Lin packed puns.