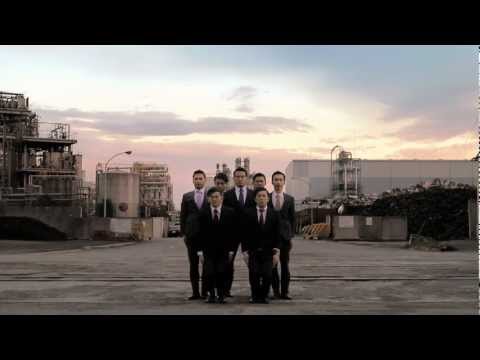 Recently, Japanese pop group World Order released a mesmerizing music video for their song “Machine Civilization”. Led by former MMA fighter Genki Sudo, the crew displays some amazing robotic moves. The video has seriously sick choreography along with some insane tutting from the middle to the end of this piece. Although the song is mostly in Japanese, you don’t need to understand it to appreciate the message they are conveying. They produced this version with all the craziness happening in Japan. Here’s some commentary by Genki Sudo:

Many disasters are ongoing in Japan; earthquakes, Tsunami, and nuclear accidents. These unprecedented things may be able to change however from now. That’s why I expressed through World Order to convey some message to you on my own way. I see these accidents will become a turning point of civilization. I think the time of revolution is coming, where people in the world coexist with this planet against the system of modern society, economy and politics.

Any accident is neutral. Although we are straying around this deep darkness, I believe we can get through anything when each of us can let go of our fear and face things positively.

The world won’t change on its own. We do change one by one. That makes the world change. The darkness just before the dawn is deepest. So, we do rise up together to greet the brilliant morning truly coming for the human beings.

WE ARE ALL ONE

Who wants to see these guys on America’s Best Dance Crew or as part of the LXD series? If you like the music you can download it FREE here.

Bonus footage: See them take over the streets of New York