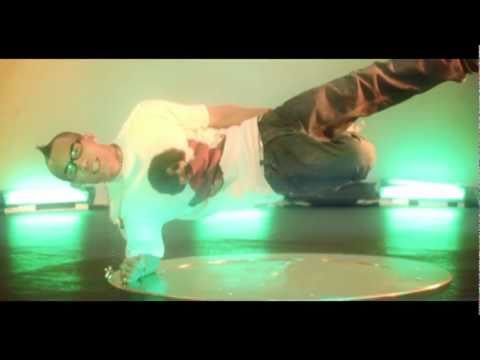 Lil Crazed released the music video for his song “Drop.” This is the first single off of my Chapter 3: Liberation mixtape which will be releasing early Summer of 2011! In the music video, he’s got XTernal Technique dance crew featuring Illey, Crisco, and Skyy. For the video, Lil Crazed once again teams up with Mudcat Productions, the same crew that did Fading Away.

Lyrics to Drop by Lil Crazed

(Verse 1)
~it’s the kid from the midwest, your chick wanna lick and ingest,
cuz i rip shit dip shit you just shit to say this shit in its simplest
i’m index finger, you the other one that’s sitting next to it,
motherfucker, i’m the expert, you just the experiment,
i’m celibate, cuz i cannot be fucked with you suckers “Can’t Touch This”,
even if you busters are drunks that love to get Hammered, MC,
i’m nice spittin that ICE, chewing Dentyne,
two letters describe my haters, cuz all they do is NV (envy)
bitch please, doing things you won’t believe, Ripley’s,
you can get fucked if you still hatin’ on me, quickies,
ha, but i’m raw so no protection,
hard no erection, my bars so complex-ion is still yellow,
my fellow asians, i’m reppin’,
stereotypically smart, i’m here to teach a lesson,
take a seat and peep the session, grab the beat and hear percussions,
and make a banger motherfucker Smith & Wesson,
indigestion, haters just swallow your pride,
or throw some Pepto down ya throat, allow it to ride,
cuz i am outta this world like them Apollo guys,
and you a sorry motherfucker, apologize!

(Verse 2)
~ha, it’s k.i.d but aint nobody even sonnin’ me,
i’m gonna be, the hottest thing that your girlfriend loves to see,
i’m asian and I rap but i aint “him” so don’t bother me,
unless you like sipping Gin (Jin), then go ahead and swallow me,
alcoholics anonymous, go ahead and ponder this,
i poke your Pocahontas and now she call me John Smith,
i let her see my johnson, now all she eats is sausage,
that may be why you squares bent outta shape, you rhombus,
i’m a mothafuckin monster, you an impostor,
invading my casa, you gon’ meet my roster,
and when you meet my roster, you gon’ need a doctor,
cuz if you raw, our bars’ll cook you, then we eating pasta,
hasta la vista, she probably gon’ leave ya,
i Comfort your girl’s Southern, i am So Co (cold – Cole), Keisha
when i’m leaking ether man your speakers probably seizure,
cuz my moves making movies like what’s featured in your theaters,
surround sound around town, they talkin’ bout the kiddo,
center of attention but i aint the Malcom in the middle,
you call yourself an ICON, to yourself you might’ve been,
but to me you are garbage so i drag you to “Recycle Bin”