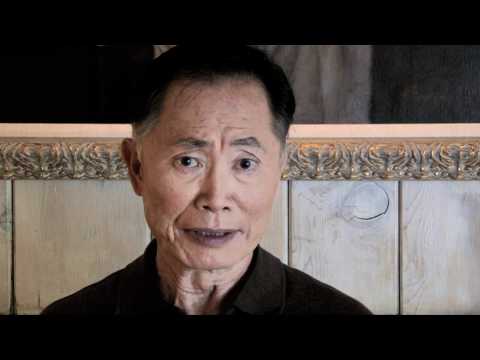 Icons of Star Trek (William Shatner) and Star Wars (Carrie Fisher) recently took to the internet arguing that their franchise reigned supreme. With this intergalactic feud, film critic Roger Ebert summoned George Takei to help. Ebert stated, “One can only hope George Takei can be brought in to broker a peace settlement before blood is shed.” George takes up the challenge to broker stat peace between the two space franchises. As the only actor who has worked in both, he stepped in to address the issues by identifying a mutual threat, the Twilight series. Unlike the sci-fi series that offer heroism, camaraderie, epic battles, and life lessons, the Twilight series only attempts to answer one question, “does my boyfriend like me?”

George Takei has been making a strong resurgence with his career online. Watch his previous videos: George Takei vs. Tennessee’s “Don’t Say Gay” Bill, George Takei Should Be Spiderman on Broadway, and George Takei is Second to Nun in his own Sister Act.