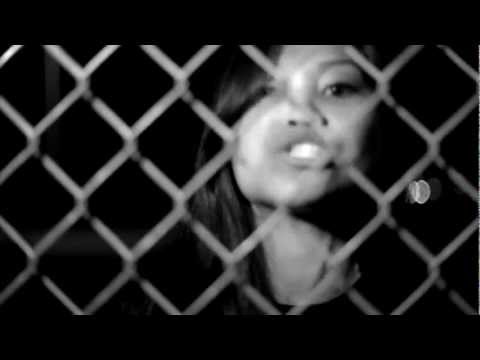 Female emcee Ruby Ibarra massacres her bars for the single “Game Up”. She lets fellow rappers know that it’s time to step your game up and raise that bar. Her video was shot in the San Francisco Bay Area with cameos by Lyrical Opposition. You can download the track FREE here.

Lyrics to Game Up by Ruby Ibarra

I plot to be the illest, first like Genesis
Im not “radioactive,” I’m rubidium to chemist kids
But no sega, its a saga in my “dream cast”
I mean a song with Em & Lupe on a clean track
But til then, I’ma keep it me on my path
Gotta breathe raps, another “joint” like kneecaps
Fuck the hype cuz you hearin’ where the beast at
“Lines” from this “legend” got you feelin like you read maps
Death of your sales, men, (Death of a Salesman), call me Arthur Milla’
The substance to your filla’, you “feelin’ me” like Kella
Gorilla of a spitta, still illa’ acapella
But doper on a beat made by Dilla or RZA
Kill a challenge with a battle so don’t even think to tempt me
You callin’ me female rapper dont make you the iller emcee
Hence the trickery with words and the labels
You thinkin that I can’t (a Cane) kill a beat, but I’m able (Abel)

Y’all are too simple
Can you challenge my mental?
All I’m hearin’ is this wack and this gimmick shit
I know a fake rap when it lacks & I’m hearin’ it
Step ya game up (step step step it up)
Hetong pinaka lyrico, nakahawak mikropono
Pinipilit mo, mismo ay pag hinga ko lang, dito,
o, narinig mo ang puso na puro gutom at sipag
Na may tyaga bastat kita ang panaginip ko diba?
Pero yung sabi nila, kaya ko na,
Pagnagsalita laban agad
Mga tamad, di kailangan lumaban sa akin at di ka tapat
Meaning? you useless to the “game” like a joker card
Fuck a poker face, I’ve been raised with a poker heart
The lady with the vocal chord, you gaga over doper bars
Open season, flows are darts, its more than just a form of art
With a missile mission, ain’t a mystery, listen
Missin’ the point if aint emittin’ just this mist when im spittin’
Dont underestimate fire, make no mistake, I’m goliath
Never misprint so annihalate everytime its required
Call me Ms. I the messiah, besides, I might spit a riot
Word of advice to you prior i rip the beat is you quiet!

I’m off another “tangent” – I don’t need a co-sign (cosine)
The murder that she wrote because I’m potent with the dope lines
Level that I spoke mine, I make em check the ink line (incline)
I’m on the brink, think I’m gonna have to rip it this time
Im not the baddest “bitch,” I’d rather be the under”dog”
So fuck a blog, I bring the ruckus, I’m the juggernaut
Y’all dialogue (die a log), you can “leave,” I’m never “fallin off”
I start a war, verbal with the force, I’m haulin off
a couple bars, got me “spacin out,” like underscores
And the beat knocks so I’m scrawling walls & even doors
The lyrics pour, important that I’m never comin short
So I dont talk numbers ‘less its scores or metaphor (met a 4)
Yo, bring back the skill, the actual mass appeal
Instead of half-assed raps thats watered down and distilled
A new class of “ill,” eat rappers so cold, I (Coli)
know I write to “mold” lines, like I told the last time…