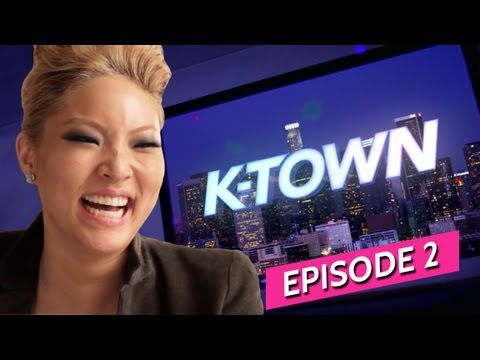 In episode 2 of K-Town Reality Show, the group goes to the underground party palace. Drinking is on the agenda from drinking games to the Seoul train to belly shots. Bartender Cammy Chung makes her first appearance and shows the group a new drink, the Apollo 13 (3 drinks in 13 seconds). The crew goes though several bars in several rounds of drinking. With all the alcohol, Violet and Jowe start to flirt and rekindle their old feelings. However, Jowe seems to have a shift in focus when porn actress Evelyn Lin makes an appearance at the bar. See what trouble is brewing in K-Town with Violet Kim, Scarlet Chan,Jasmine Chang, Cammy Chung, Young Lee, Steve Kim, Joe Cha, and Jowe Kyu Lee.