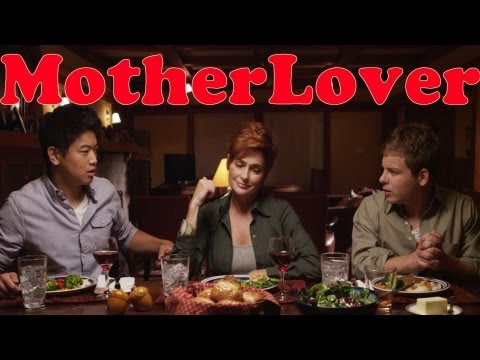 The YOMYOMF comedy web series MotherLover explores the age old question: What if your best bud married your mother? Tim (Jonathan Lipnicki) returns home from the Peace Corps to discover that his best friend since birth, Chaz (Ki Hong Lee – Always You, Take It Slow and Away We Happened), has married his mother (Carolyn Hennessy). This web series pits two best friends under the same roof after one has broken the number one rule in bro code: marrying another bro’s mom. The web series also stars the hysterical Joel Murray, as Bart, Tim’s lovable and racist father and John Weselcouch and Ashley Lendzion as Tim’s best friends Josh and Jenny. It’s Step Brothers meets Arrested Development as we put a twist on the traditional family comedy. BTW – this isn’t related to the Lonely Island music video.