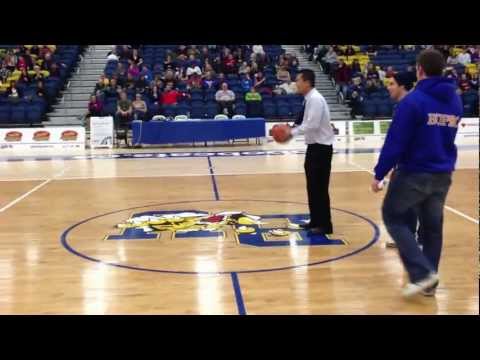 The last chance for a Brandon University (BU) student to win tution in the Smitty’s Tuition shoot-out of the 2012-13 season. Mason Kaluzniak chose Bobcats head coach Gil Cheung to shoot for him, and then the rest is history! The Bobcats’ third-year head coach, who played four years at Brandon, took the halftime, half-court shot and had nothing but net.