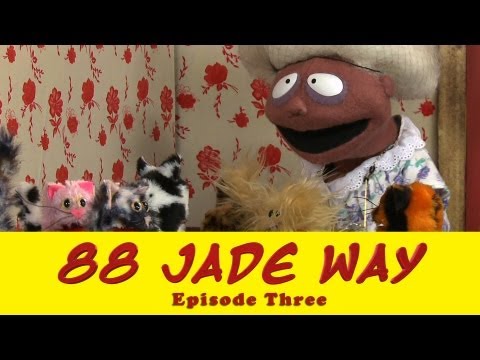 The web series 88 Jade Way continues with episode 3. Mr. Fu investigates the disappearance of Red’s teen-idol posters, which involves several tenants. But things go from bad to worse as he finds a homeless man scoping out the basement. Later it’s revealed that this is all part of Mr. Moolah’s plan to steal the apartment building away from Mr. Fu and turn it into luxury condominiums.