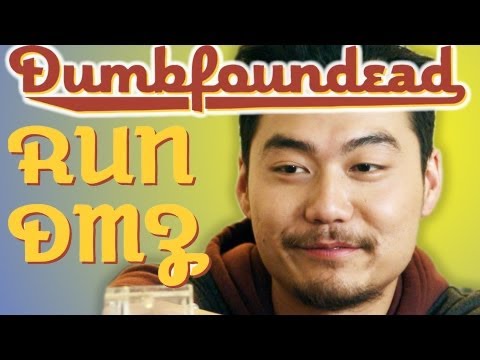 The web series Run DMZ with Dumbfoundead kicks off with episode 1. Get introduced to all the characters. Dumbfoundead’s friends Breezy and Jose. His family brother Kevin (Edward Hong) and Mama Park (Anne Brew). His love interest Apple (Victoria Park – remember her from The Potstickers webseries.). His arch rival Jordy (Danny Cho). When a new Korean BBQ spot (Ken Jeong’s Grill) opens up across the street from his mom’s restaurant (Mama Park BBQ), old tensions between North and South Koreatown boil over and Jon Park (Dumbfoundead) must take matters into his own hands to hold down the neighborhood. After turning down a lucrative offer for his mom’s restaurant, Jon vists Ken Jeong’s Grill with his friends and gets the North K-Town treatment.

Behind the scenes of Run DMZ with Dumbfoundead : Episode 1 (contains explicit language)