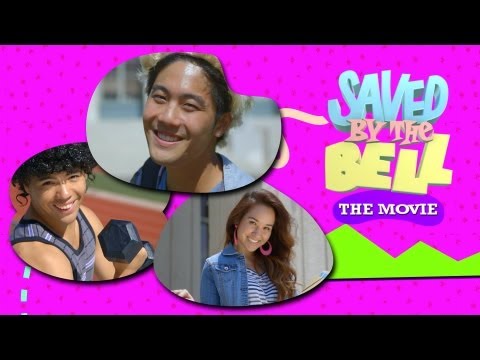 Wong Fu Productions released the mockumentary of their first movie, Saved by the Bell: The Movie. They recast the roles with Asian American actors. Recasting is nothing new with Hollywood with films like 21 to Dragonball : Evolution. Hollywood remakes Asian films all the time including My Sassy Girl, The Ring, Old Boy, The Departed (aka Infernal Affairs), so why not the reverse. Wong Fu Productions have assembled an elite list of Asian American actors for Saved by the Bell including Ryan Higa as Zack Morris, D-Trix as AC Slater, Cathy Nguyen as Kelly, Tanya Chisholm as Lisa, Arden Cho as Jessie, and David Choi as Screech.

Saved by the Bell: The Movie by Wong Fu Productions