Deluxe Corp is rebranding itself from a check printing company into a small business resource. As part of the campaign, they created a series of commercials. One of them is focused on an Asian American father-daughter cooking duo who make and sell dumplings from a food cart. The father is a 10th generation dumpling maker with his daughter hoping to be the 11th generation. Love what you do and you’ll never work a day in your life.

You might have seen this commercial during the Grammys. Director Jon M Chu continues his collaboration with Microsoft with the latest commercial “The Vibe” for the Microsoft Surface Pro. Once again, he brings along his dancing friends Daniel Cloud Campos, Mike Song, and more. Even beatboxer KRNFX is added to the mix.

ESPN’s Jay Crawford always looks forward to working with a Harvard graduate. He gets an assist from Houston Rockets Jeremy Lin when he drops by SportsCenter. Lin helps Jay out with his writing and even helps him spellcheck.

This Is SportsCenter with Jeremy Lin ESPN commercial

Here’s a cool commercial from TD Ameritrade featuring an Asian American family. At his current pace, Bob the architect will retire at 153. That’s fine if he were a vampire, but he’s not. He’s an architect with 2 kids and a mortgage. Bob got a fresh perspective on his portfolio. With some planning and effort, hopefully he can retire at a more appropriate age. It’s not rocket science.

Born in Australia, upcoming producer/DJ, Ken Loi has dubbed San Francisco his home since the early 80s. Ken began exploring music early on through piano lessons and participating in various Competitions. He went on to graduate college with a degree in Bio, however, his true passion remained with music. Ken felt compelled to dive into Euro dance and trance music after being inspired by major artists like Tiësto, M.I.K.E. / Push, Rank 1, Airbase, Markus Schulz, and Sander van Doorn.

This jetsetting DJ promotes Supercuts in his commercial. HE rock the cut.

Behind the scenes of Ken Loi Supercuts commercial

More about Ken Loi
Some talents fall into place naturally, while others explode upon the industry with little but a flash of warning. A sudden flash of genius was all it took for Dutch Dance icon Tiësto to sign his alliances to the coming of age American club soldier we now know as Ken Loi. Gripping the nerve-ends of an industry now charged with universal attention and laying down his own unique melodic stylings upon its highest peaks, 2012 remains proving ground to yet another game changing asset to the stateside EDM explosion.

A producer first and foremost, Ken’s lust to customise the sets he would lay upon America before its untimely explosion cannot be ignored when considering the bigger picture of his style. But as his early 2012 breakthrough ‘Play Me’ EP for Big Beat and succeeding remixes for Adrian Lux and Gym Class Heroes proved, the San Francisco based producer was more than prepared to take the reigns of the EDM revolution 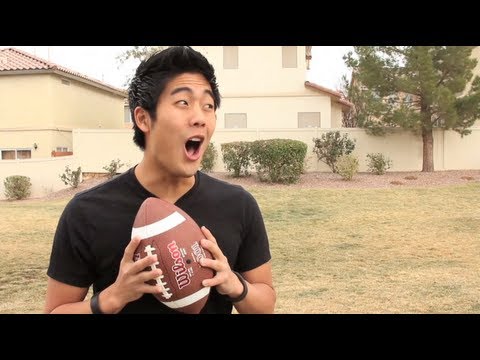 With the Superbowl right around the corner, Ryan Higa tries to put together the Best Super Bowl Commercial for wonderful pistachios. He’s a rather new football fan, but that doesn’t stop him from cheering for the 49ers and assembling a special audition tape for the commercial. His final video is full of continuity issues and pokes fun at How I Met Your Mother. Find out of Ryan Higa gets the gig in a wonderful pistachios commercial. Only a more famous Asian could possibly take his commercial away.

Look for more products that Ryan Higa is selling: What would Ryan Higa do for a Klondike Bar?, P90Flex, Hard And Black Realistic But Not Real Gun, TeeHee Band,ShamWooHoo, Snuggo, and iNavigator.