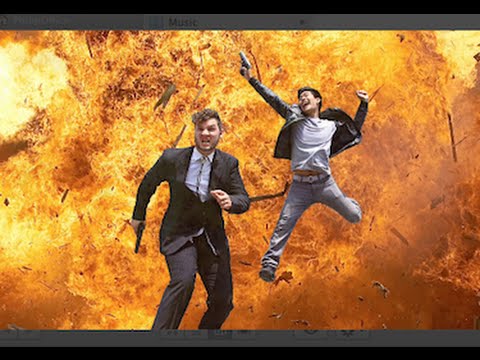 Wong Fu Productions is working with yet another Asian American YouTube star. After the successful Funemployed webseries with Kevin Wu (aka KevJumba), the guys of Wong Fu Productions teamed up with Ryan Higa (aka NigaHiga) for a 45 minute film that was shot over the summer. The spy themed movie will have a bunch of other youtubers (smosh, kassemg, hiimrawn, d-trix, artichoke and peachies, etc.) You may have seen this if you were at one of the 2010 International Secret Agents Concerts in LA or NY. (How did these guys juggle planning for ISA and shooting a short film?)

While the video edited, a teaser has been released for the untitled action comedy project. Ryan Higa will be an Agent of Secret Stuff (aka A.S.S.) infiltrating a high school. From what we can tell, Ryan has to rescue a damsel in distress (Arden Cho) with his arsenal of death grips and spy gear. Somewhere in between D-Trix of Quest Crew plays a dorky character of some kind.

The collaborative effort between Ryan Higa and Wong Fu Productions was shot in about 8 days including 17 hours shoots and 6 hour drives to Sacramento. Much like the Funemployed series, no budget or sponsors were involved in the production. (When will the sponsors wake up?) Look for a full blown trailer soon. Word is that the short film is slated for release in October on the NigaHiga YouTube channel.