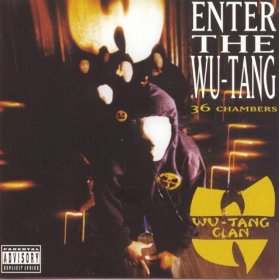 “The Asian delegation chooses the RZA, the GZA, U-God, Inspectah Deck, the Ghostface Killah: the Wu-Tang Clan.” The leaders of the legendary hip hop group, RZA and GZA come to the stage and blissfully accept this selection. RZA explains, “This is big for us, yo, because we’ve always been a fan of the kung fu and the Chinese culture”.

Yes, Dave Chapelle has brought us some memorable moments on The Chapelle Show, and declaring Wu-Tang Clan was now fully Asian was definitely one of them.

But let’s be real. The Asian culture has truly influenced some of our hip hop heavyweights. From their music and videos to even their lifestyle, rappers have done their homework. In the words of Rza from his book, The Tao of Wu, “Wu-Tang Clan truly did take a martial arts approach to hip hop – to the sound of music, the style of the lyrics, the competitive wordplay of the rhyming, the mental preparations involved”. Rza named this book after Tao, known as “the way” from Chinese philosopher, Lao Tzu, who is considered the founder of Taoism. Even the rap group’s name originated from the art of fighting. In the1981 kung-fu film, Shaolin and Wu Tang, two rival martial arts schools, Shaolin and Wudangquan, display their kung fu and sword fighting. The movie had the rap group enamored enough to name themselves after it. When RZA was thirteen years old, he watched another kung-fu film, The Thirty-sixth Chamber of Shaolin. Eleven years later, the classic album, Enter the Wu-Tang 36 Chambers, was released by the hip hop elite.

Quite influential, the Shaolin monks are known for their peacefulness, inner life force or chi, and most popularly, their mesmerizing fighting techniques. A protected culture, it has been said that once you were in Shaolin, you couldn’t just get up and leave. It was a world with internal rules and bylaws. But throughout its history and time, things have changed. Shi Yan Ming, a 34th generation Shaolin warrior monk, launched The USA Shaolin Temple to share the Shaolin philosophy with the world. Unsurprisingly, some of his students have included members of the multi-platinum rap group, such as Ol’ Dirty Bastard, Ghostface Killa and of course, RZA, who had the renowned warrior write the foreword for his book. In addition to members of the Wu, Shi Yan Ming’s students have also included Busta Rhymes, members of A Tribe Called Quest, and Jeru the Damaja.

Legendary rapper, Jeru, has made no secret of also being heavily influenced by the Asian culture. An avid lover of kung fu movies, his classic single, Ya Playin Yaself, portrays a backdrop of Hong Kong as Jeru is draped in traditional Chinese garments. In the beginning of the video, Jeru is kneeled down holding numerous sticks of incense. The classic clip continues with a game of mah-jong, which he interrupts to spar in a kung-fu style fight. Jeru’s Far East inspiration was so strong that even the cover of the album, Wrath of the Math, portrays the young lyricist donning the Chinese-style
clothing. There’s no doubt that hip hop has shown the Asian culture a lot of love with their music as well as genuine interest from hip hop artists. As they say, “Imitation is the sincerest form of flattery”.

And there’s also no doubt that that love is being returned to hip hop with our own movement. Alongside a strong influence, hip hop has also had stars of Asian ancestry. Inga Fung Marchand, better known as rapstress Foxy Brown, is part Filipino and has identified herself in her sophomore album as Chyna Doll. Part Filipino Black Eyed Peas member, Apl.de.ap, gives back to the children in the Philippines and Asia with his Apl Foundation. In addition, established artists of Chinese descent include Ashanti, Kelis, and Ne-Yo. 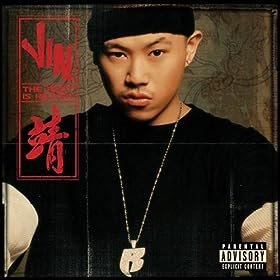 The Asian hip hop movement is definitely in effect. When the ink dried on his Ruff Ryders contract, Jin became the first Asian rapper signed to a major record label. Setting his place in history, I don’t think I could say it any better than he already did on Same Cry. “I got some big shoes to fill. But if I don’t lead the movement, then who will”. With his spot secured in the hip hop books, Jin released his debut Cantonese album, ABC, produced entirely by a group called Far East Movement (Have you heard of them?). Producers as well as rappers, this group is now dominating the charts and radio waves with Like a G6. FM’s name certainly holds weight as they are unquestionably part of this significant movement.

And this expansion has just begun.

Thanks to the likes of Carl Choi, Misnomers, Jin, Far East Movement, Southstar, Joseph Vincent, Channel APA, and so many more, the Asian culture is becoming more than just a moment in hip hop. It is well on its way to becoming a force in entertainment. I must say that I am more than grateful to be here for our history in the making.

4 thoughts on “The Asian Influence on Hip Hop”