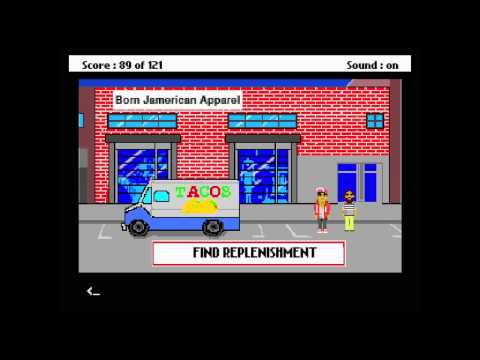 Don’t know how we missed this last year, but here’s Who’s That? Brooown! by Das Racist. It’s an 8-bit version of New York City inspired by lo fi PC games of the 1980’s. Can you name all the games in the video? The video was the Official Selection Sundance Film Festival US Narrative Shorts, Rolling Stone #3 Best Video of 2010, Spin Magazine #6 Best Music Videos of 2010, and Pitchfork #8 Top Music Videos of 2010. The group even put a video game together. You can play it here.

Also check out the Bambu remix of Who’s That? and 8-bit love from Linkin Park, Glee, Giant Robot, and Black Eyed Peas.

Who’s That? Brooown! by Das Racist