The March 26th Boston finale of The Jubilee Project’s spring tour marked the end of a very successful venture: a four-city concert series that brought together an estimated 650 fans, featured a variety of musical talent, and ultimately allowed the team to take its message – that “doing good is contagious” – on the road for the first time.

The successful completion of the tour, and all that it was able to accomplish, is made even sweeter by the fact that it’s only been a year since the non-profit organization, made up by Eric Lu and brothers Jason and Eddie Lee, was first conceived. The team, who produces videos to raise awareness and money for other non-profits, has impressively garnered nearly 10,000 subscribers and over 1 million views on their YouTube channel.

“When we began this, we never expected to be where we are,” said Jason, the founder of The Jubilee Project. “We thought that it would be a simple idea where we’d inspire a lot of other people to make videos. But the outpouring of support from not only the APA community but people all around the world has been incredible.”

Their purpose is straightforward: to make videos featuring various nonprofit organizations and find sponsors to donate money to the featured organization for every view. At first, the members themselves picked the non-profits they wanted to feature, such as Save the Children and Liberate North Korea (See The Waiting Game video). But as their audience and influence have grown, the process has become a little more complicated. Projects that are able to garner a large number of sponsors, and organizations that are willing to commit to a long-term relationship beyond the video fundraiser, are the ones given first priority in the recently overwhelming influx of requests.

The members trace the inspiration for The Jubilee Project back to January 12, 2010, which was not only Jason’s 22nd birthday, but also, unfortunately the day of the Haiti earthquake. Taking this coincidence as a call to action, he and some friends took to a New York subway stop to try and busk to raise money for Haiti, and then uploaded a video documenting their efforts to YouTube.

It was the overwhelming response to this video, and the subsequent videos that Jason, Eddie, and Eric would later upload as The Jubilee Project, that illustrate the power of social media to invoke change. Since then, they’ve had people of all ages and from all over the world reaching out to give their support and report on their own efforts to do good in their respective communities. This is exactly what the trio – whose purpose is to “enable, empower, and inspire
others to do good” – wants to see.

“The amazing thing about social media in this day and age is that about 2 billion videos are viewed everyday,” said Eddie. “We realized that if we had just 1% of that and moved it toward doing goodwill, we can do a tremendous amount of work in this community.” 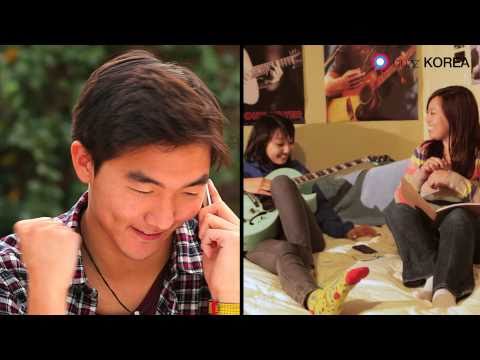 But trying to harness the power of YouTube has come with outcomes beyond raising awareness for non-profit groups. The Jubilee Project members themselves are now being viewed as YouTube personalities and have found themselves embraced by the growing APA YouTube entertainment community. Some recent collaborations with this community include a video with Clara C, Jennifer Chung, and Arden Cho for World Vision (See Top Chef video.), and a partnership with afterschoolspecial at the New York concert on their tour. Though the members are quick to praise everyone who’s helped embrace “the new kids on the block,” they are also determined to keep their success on the entertainment spectrum of YouTube limited to providing inspiration for the greatest number of people. The purpose of The Jubilee Project, they all believe, is to do work that is far greater than just the three individual members.

This is partially why their first tour together wound up as a concert series. More than just showcasing the team’s projects, all three members agreed that the tour’s purpose was to “spread the love,” including love for musical acts that ranged from friends to local talent in the cities they visited (Washington D.C., New York City, Philadelphia, and Boston). The Boston concert featured Rooftop Pursuit, Sophia Moon, The Extra Fingers, and Courtney Ateyeh, a singer/songwriter from Berklee College of Music in Boston. In the hours before the show, the members heaped praise on the performers and expressed their delight that they could use their tour to bring attention to the talented musicians. It is precisely this passion for others, and their willingness to use their success to bring others to the forefront, that has become characteristic of The Jubilee Project’s endeavors.

“Once this becomes just about us then we’ve failed in what we want to do,” said Eric. “What we’re trying to do is so much greater, so much more than just us three and we want this to be about everyone.”

Though it was not an initial intention of the group to speak specifically to the Asian American population, the trio has also embraced the response that their commitment to “everyone” has elicited from the APA community in particular. An upcoming video on The Jubilee Project agenda is a music video with Rooftop Pursuit called, “Why I Sing,” which will raise awareness for Hepatitis B, a serious concern specifically for this community. They are proud to not only promote activism but also act as role models in general for a young Asian American population slowly finding more idols in entertainment and social media.

“This is our moment and this is such a phenomenal moment in the APA community,” said Eddie. “We have to seize this moment and we can’t let this pass us by. You see the hunger and activism that’s already out there and we want to keep that momentum going forward.”

If the events of this first year are of any indication, it seems as though bright things are certainly in the future for The Jubilee Project. They said that they are determined to remain grateful and humbled by the opportunity they’ve been given, but are also motivated to show how far inspiration and a bit of goodwill can lead.

“They’ve given us a chance,” said Eddie, “and we feel that we owe it to them – to these individuals, to the blogs, to the community – to take the trust that they’ve given us and not waste it, but use it and turn it into gold. We want to take that energy from the community, the hunger to do good, and transform it into a powerful movement to do powerful things.”

The Jubilee Project interview with channelAPA.com