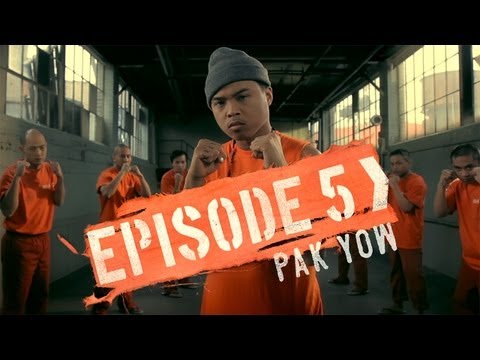 The fifth episode of Prison Dancer has been released. Pop journalist and memehunter Matt Wells discovers how Filipino boxing champion Manny Pacquiao inspired LOLA and 1,000 hardcore criminals to dance, and meets HOOKAPS, the brains behind the first viral video. It’s the Pak Yow episode. There’s even a tutorial from Hookaps on how to do the boxing moves of the Pak Yow. Learn it and show everyone your new moves.

More about Prison Dancer
Prison Dancer is the story of 6 Filipino prisoners whose lives are forever changed by the dancing rehabilitation program that became a worldwide viral sensation on Youtube. Using surveillance footage, interviews with inmates inside the prison, and good old fashioned investigative journalism, pop culture journalist Matt Wells uncovers the personal, poignant, hilarious and universal stories of 6 prison dancers whose group dancing turned a maximum security jailhouse into a world stage.

Behind the prison walls, we meet inmates Ruperto Poblador aka LOLA (who along with his gay minions OO OO and NANA, choreographs the first prison dance routines), HOOKAPS, (the prison hustler), SHAKESPEARE (the prison’s resident poet) and CHRISTIAN, (the prison’s newest inmate) and discovers a tale of life, death, dreams, fears and ultimately, redemption.

Who’s your coach?
Ask yourself that question…