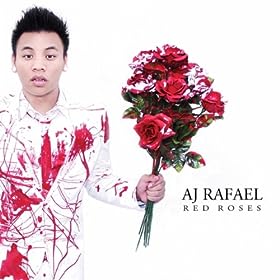 Singer AJ Rafael previewed another track “Emma Watson” off his upcoming Red Roses album. He wrote the song about actress Emma Watson, who’s best know for her role as Hermione Granger in the Harry Potter films. Here’s more from AJ Rafael about the song:

a song i wrote about a celebrity crush. i chose to debut this one because the energy of this track sets the vibe for the whole album. we (Jesse Barrera and my band) are really proud of the work and we hope you are too!

His Red Roses album drops on June 7. 2011 with songs like We Could Happen , Without You, When We Say, and 500 Days. Also expect to see his album in stores like Target and Bestbuy.