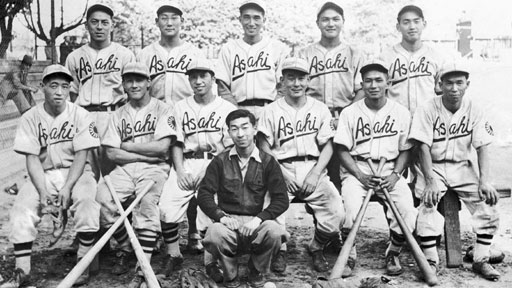 As the baseball season is drawing to a close, watch the documentary “Sleeping Tigers: The Asahi Baseball Story”. This feature-length documentary tells the story of the Asahi baseball team. In pre-World War II Vancouver, the team was unbeatable, winning the Pacific Northwest Championship for five straight years and outplaying the taller Caucasian teams. After the Japanese attack on Pearl Harbor, all persons of Japanese descent in Canada were sent to internment camps. Faced with hardship and isolation, the former Asahi members survived by playing baseball. Their passion was contagious and soon other players joined in, among them RCMP officials and local townspeople. As a result, this quintessential North American game helped break down racial and cultural barriers. This remarkable story is told with a combination of archival footage, interviews and dramatic re-enactments. In Sleeping Tigers, award-winning director Jari Osborne skillfully weaves rarely seen archival film and dramatic recreations, along with candid interviews with the last of the Asahi, to tell this remarkable story.

See these other baseball videos: Ichiro Suzuki can hit anything and American Pastime