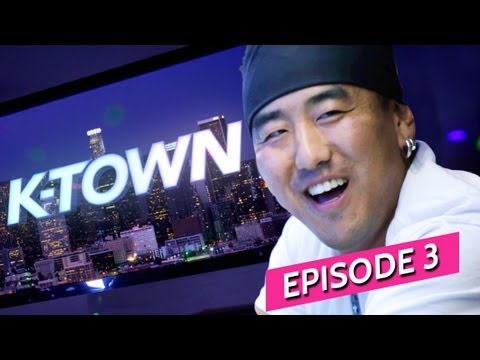 Episode 3 of K-Town Reality Show kicks off where episode 2 left off. The drama begins when pornstar Evelyn LinJanie and Violet Kim have an altercation over Jowe Lee. Violet tosses a drink on Janie and Janie returns a favor. (update: See what Janie says about the fight below) Punches and drinks get thrown. Violet and Jowe definitely need to figure things out. Steve gets a new wingman wingwoman. Young Lee bumps into S2K and shows them some of his moves, which turns into a dance off between S2K and the guys of K-Town. See who has the best moves. Steve Kim calls out Cammy Chung for a dare after she lost to him drinking the Apollo 13. More drama goes down between Steve and Cammy. Nothing but drama in this episode of K-Town.

Janie speaks out about her fight with Violet : Janie’s Revenge