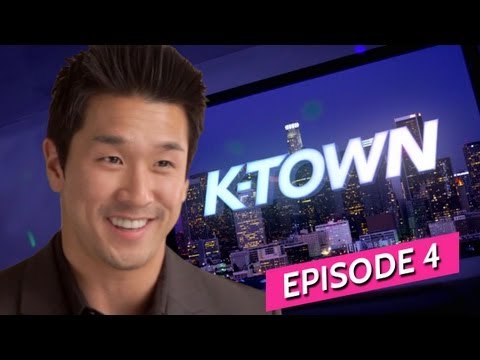 In K-Town Reality Show Episode 4, the group recounts the aftermath of a night of partying. The guys recount last night’s crazy events over barbecue while the girls question Violet about her feelings for Jowe during brunch. Guy talk revolves around K-Town girls vs girls in Korea and whether they look good or not the next day, while girl talk gravitates toward the the type of guys they date and penis size. Revealing that Jowe had hit on her behind wish Violet’s back, Scarlet attempts to clear things up with him. However, Jowe’s denial further complicates things with Scarlet. It’s Scarlet vs Jowe drama and everyone in the group gets sucked in. The group meets together for drinks later that night for drinks. After winning a drinking game with soju bombs at karaoke, Young requests a lapdance from Scarlet — the last thing a groom-to-be should do. Once video hits the internet, you can’t take it back. Listen to H.u.h. by Shin-B in the video.

If you’re looking for Young’s backpack, you ca get it here.