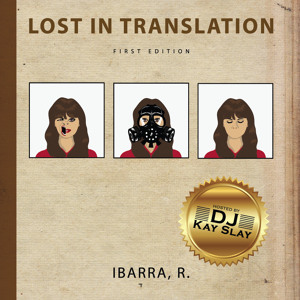 Rapper Ruby Ibarra tackles some tough social issues in the music video “Guess Who” off her Lost in Translation mixtape. She offers a trilogy of subjects that girls might struggle with. In the first part of the single, she deals with how girls are reflected on TV and society. Those influences can lead to unwanted teen pregnancies. The middle part of the track offers yet another tough topic : domestic violence. Her fear causes her to cover up and deny her situation in the relationship. The last part of the single opens up on eating disorders to meet society’s definition of beauty. Trying to meet these standards is unrealistic. Ruby Ibarra provides a positive message to girls growing up throughout the track : learn to love yourself the way you are. Define yourself and don’t let society define you. You are Beyoutiful the way you are.

Guess Who by Ruby Ibarra

Lyrics to Guess Who by Ruby Ibarra

she don’t know that she a queen because her mirror is the tv screen
taught to be a pageant queen, that ought to be baddest thing
the baddest b*tch that’s on the scene, only reads the magazines
imagining so practically reality’s a backward dream
wants her ass smacked, make up bags, no backpacks
call her b*tch she laughs back, feel like sh*t, she masks that
faster, take the make up set , plaster & she master it
she wanna be a “star” like coded passwords full of asterisks
she flash her tits, she postin pics, like she the baddest b*tch
she take a risk, she takin hits, long as his ass is rich
another class skipped, yet she had to take a test
where results for her are opposite, so negative’s the best
a positive’s a bad thing, she cried when she passed
how can she raise a baby? she a baby in a mask
you prowl streets but never browse behind these
pillars of your mind, give em “head” by speakin mind, you a queen!

she want that true love, michelle and obama love
probably as much cuz father never gave her mama love
feenin for another’s touch, always goin after lust
many times she give it up, this karma sucks, her lips are bust
not realizing worth, internalizing all his words
ugly curses, she a flirt and he could find some other girls
but she blames it on herself, so applyin that foundation
on her face to cover bruises, but she needed that foundation
of what makes ya, not that make-up for the sake of being made up
if she “caked” up then she “blows” until she takes it to the face cuz
if he rapes her she complacent, she should always know her place
and she erases all that makes her so shes scared to run away
she blacked out with black eyes, he backs out like last night
to pass time, she just cries, then passed out, she cant fight
is it him that she in love with or the concept as well?
how you gonna give love if you dont even love self? you a queen!

through it all, sex sells, but my sex and sex cells
are in a social jail cell, eroticized, and on sale
the word sex, is 3 letters away from being sexist
and sexy, is 3 pounds away from anorexic
you’re a girl, tummy tuck with that glass ceiling up
and you never raise a fist, but only food is thrown up
commoditized, take ya hips, so your body’s sewn up
corrupted minds, age 6 already lookin growin up
miseducated miss, you missed the backwards grading system
having As means you failed, but Double Ds you may be winnin
the women 2-dimensional depicted size zero
little girls find imperfections on they face instead of nemo
commercialized the figure so my size defines me
and the things that I deal are sacrificed by ideals
proportions are distorted – self hatred that they taught us
brain wash ironically cuz staining minds of all our daughters, you a queen!