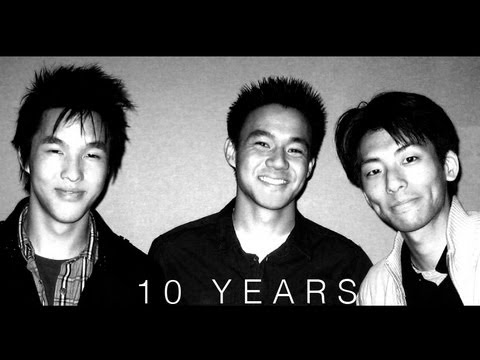 The first official “Wong Fu Productions” video was released on June 8, 2003. It’s been 10 years that Wong Fu has been creating videos. And we can vouch that these guys are indeed nice guys. Here’s a message from Phil, Wes and Ted on their past 10 years:

It’s been an incredible journey. A decade of work that has reached and influenced so many people around the world. But none of it could’ve happened without you. You’ve changed our lives by simply watching, telling a friend, buying merchandise, coming to a show. We are forever grateful, and we hope that we’ve been able to make you proud and give back a fraction of what you’ve given to us the past 10 years. From the deepest part of our hearts…Thank you.